It launched last week and the reason you haven’t seen much local coverage is because journalists weren’t even allowed to take pictures of the Mate 30 phones at the Joburg event. Luckily for us it seems like the product will be coming to South Africa at some stage because it at least appears on the local version of the website, whereas reports from Europe are coming in stating that the phone is buried deep in sub-menus.

Okay, let’s get some perspective. Huawei are still operating under the US trade ban which restricts the Chinese manufacturer from running any first party Google services. Mate 30 launched with a skinned version of Android via the Android open-source project (AOSP), but ships without the Play Store and other core Google apps like Gmail and Google Maps. Installing those shouldn’t be a problem from third party sources, but requires an unlocked bootloader. Huawei have since confirmed that consumer device boss incorrectly stated that Mate 30 would allow easy root access or an unlocked bootloader. Yes, even if you don’t know what any of this means, you’re right to suspect that Huawei is in deep trouble. 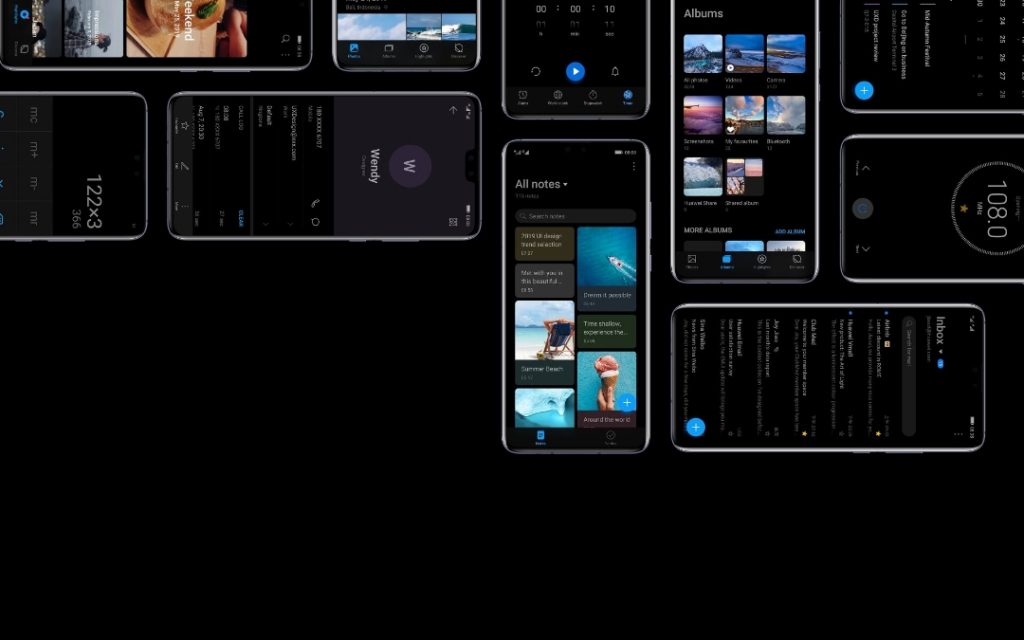 Look, HERE maps is a great alternative to Google’s navigation offering and is powerful combined with Huawei’s dual GPS radio tech. You can also find great email apps out there and Huawei does make a full selection of productivity solutions that come pre-loaded. But you lose the power of Google Assistant, which is the secret sauce that keeps me coming back. I would be completely lost without Google scanning my emails and automagically populating my calendar with appointment details.

On the positive side the Mate 30 Pro adds a few new hardware and software tricks that I hope other manufacturers will adopt in the near future. An upgraded ultrawide camera that it calls “Cine” is now powered by a large 40MP sensor. I’m still concerned about how the company is managing lens distortion. The main “Super Sensing” 40MP RYYB (yellow pixels instead of green) is retained an is still the largest on a smartphone. Big, high resolution sensors are Huawei’s edge right now despite the company’s comical over sharpening of jpegs. I preferred the software tricks it pulled with an additional monochrome sensor, but now I’m just splitting hairs.

The big news here is DJI Osmo Mobile 3 compatibility and functionality is baked directly into the main camera app. When you consider this in the context of the promised video improvements, this may be the best option for mobile content creation. This obviously flies in the face of the iPhone 11 claims of being the best device for mobile video recording. I doubt this bet will pay off for Huawei, but I hope LG is taking notes about integrating third party APIs into its stock software.

AI processing is also improved thanks to a new BIG.little neural processing unit (NPU) architecture in the Kirin 990 chip and the tangible benefits can be seen in the enhanced security features. The face unlock sensors can detect if someone else is looking at your screen and immediately hide notifications from their view. Think about that for a second: if someone is peering over your shoulder, the phone will hide notifications. Apple had everyone beaten with the “attention” detection in FaceID, but this is a whole new level of awesome.

Big battery and fast performance are par for the course right now, and proprietary integration with Huawei’s Matebook laptops round out what was a feature-packed presentation. I enjoy the idea Huawei has of locking people into their ecosystem, but what they need right now is a deal that grants them access to Google.

It’s impossible to recommend a device that doesn’t automatically pull your existing data and preferences into the apps you’re already using. Huawei’s terrible track record with software and hardware integration also counts against it as it tries to compete against mature platforms. Huawei used to be a cheap way to get a premium Android experience. It made its name on cloning the most desirable features from other manufacturers and then adding its own unique camera features on top.

Without Google services Huawei doesn’t have enough firepower. LG offers more pro camera features, Samsung have a more mature ecosystem and plays better with Microsoft as well and, if you’re a fruit fan, Apple has finally solved its battery endurance problems and blessed the iPhone with night-time photography powers. It’s a shame that it has come to this, but you probably shouldn’t get the Mate 30 or Mate 3o Pro.