Aren’t you tired of this dance yet? The president says the obvious, you get all indignant, and I defend common sense… No? Okay, we’re doing this, then. 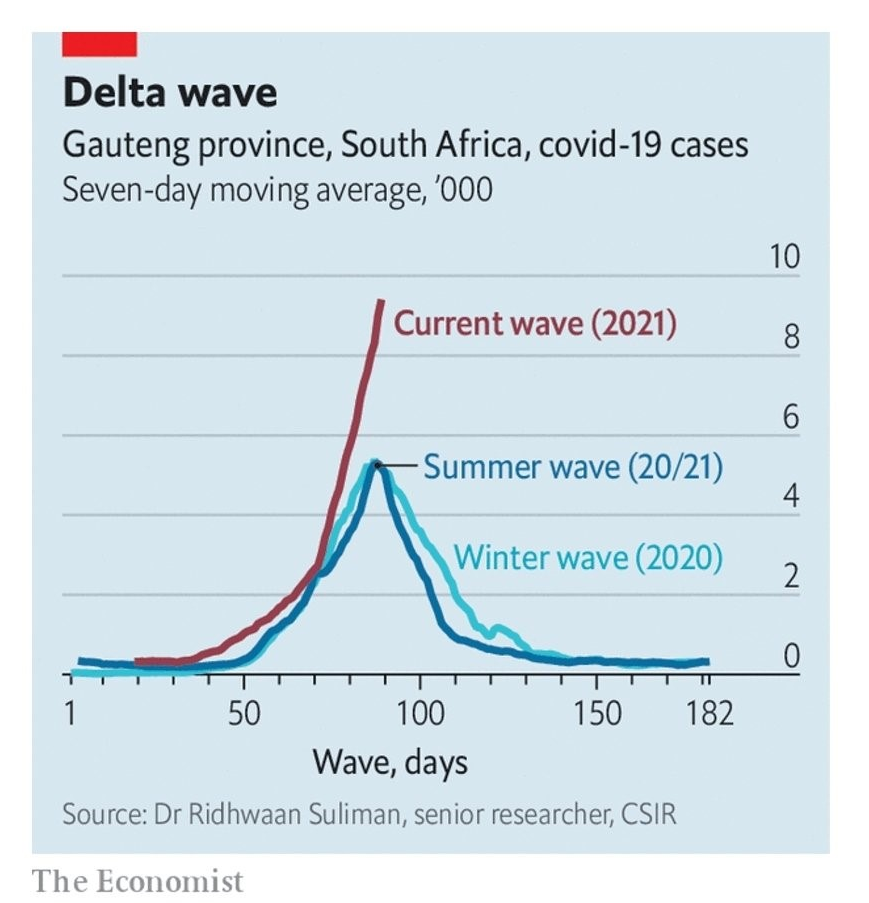 A refrain I’ve heard a lot since the last family meeting is that “the government had 15 months to sort this out!” Look at the chart above. Sort out what exactly? Current infections in Gauteng almost double the peaks of the previous two waves.

Hospital capacity would’ve been modelled on the previous data and would’ve, as we are witnessing now, been overrun.

“But the vaccine rollout has been poor!” 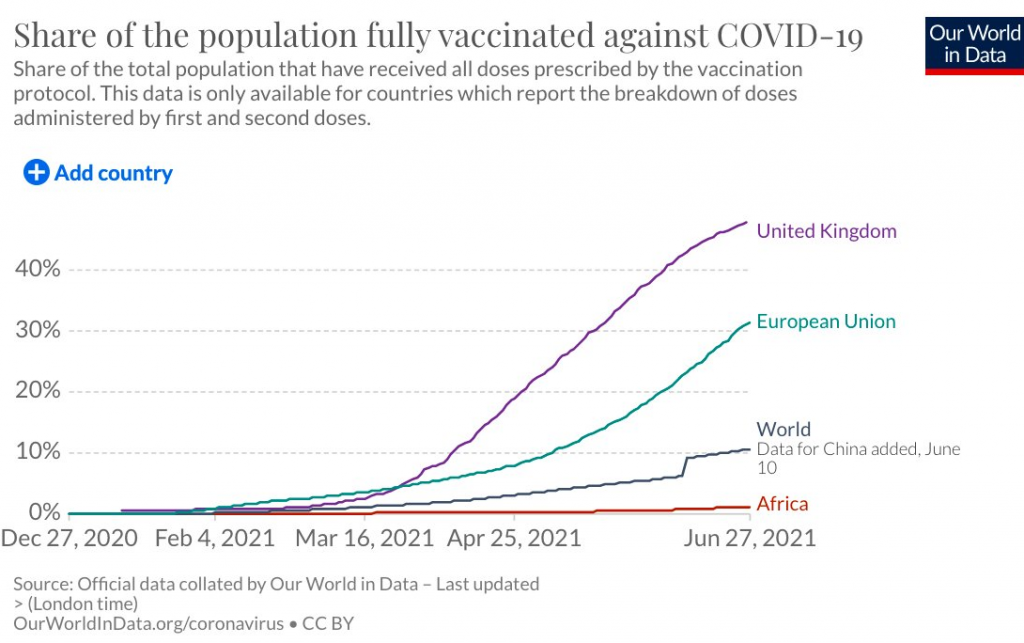 We’ve been getting jabs into arms as quickly as we can get hold of it. Unfortunately, there are bigger forces at play than our rand and buying power can account for. The rich countries who own the patents and manufacturing facilities have secured the bulk of supply.

That Oxford-Astrazeneca batch we got early has also failed miserably against the Delta variant and sending it back could be a redeeming feature for the frontline healthcare workers that it was intended for. We also aren’t losing nurses at the same rate as in the previous waves, which is a good indicator for vaccine efficacy.

Do I believe our government has responded well to the pandemic given the circumstances? Yes I do. Our BRICS counterparts all have substantially bigger populations, but have done proportionally worse with higher rates of infection and many more deaths. 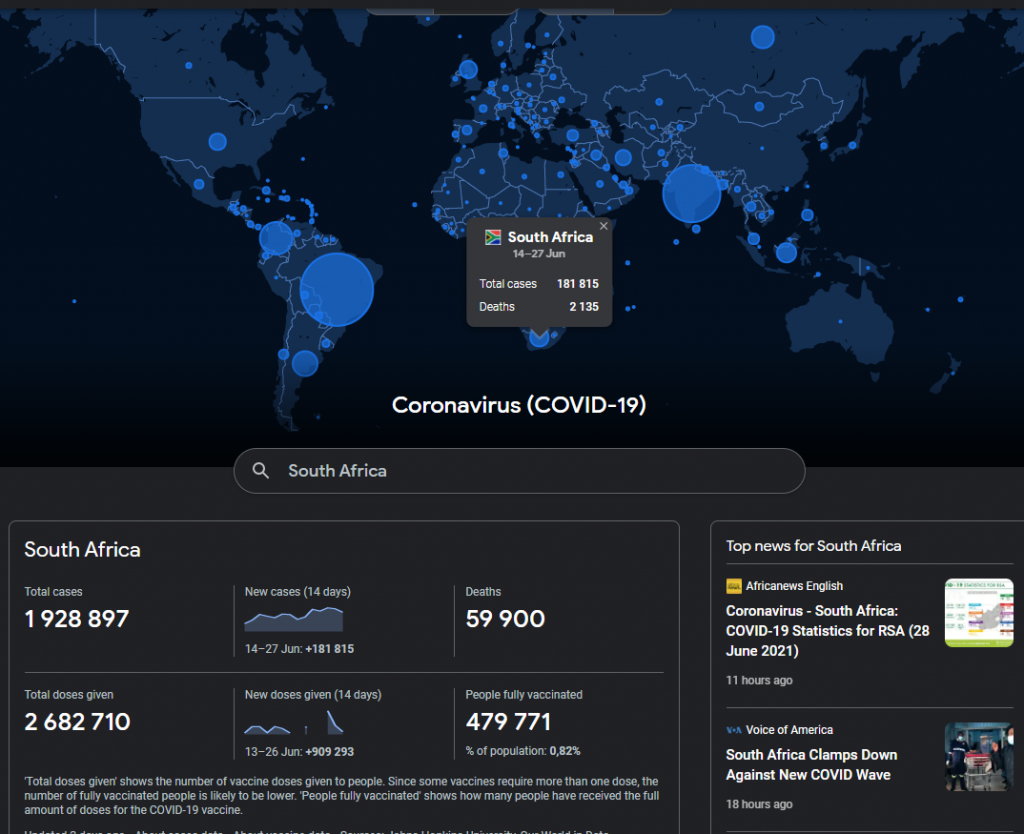 This interactive map is easily accessible through a Google search. Those blue dots in this view reflect number of reported infections in the last 14 days. Conservative estimates say you can 3x any given number of infections to arrive at a realistic actual number.

Many Covid cases go undetected and that is particularly worrying when coughing has fallen out of the top 10 of common symptoms for the Delta variant. To say that more comprehensive restrictions were not necessary is an absolute fallacy.

To say that government has failed the vaccination rollout is a fallacy.

All the corruption talk is fair. Cyril needs to demonstrate actual consequences and use the Minister of Health as his first example.