Apple made the entire line of AirPods and HomePods obsolete with one press release. To be fair, the title was about Dolby Atmos and Spatial Audio and the Lossless Audio factoid was a secondary clause (after the semicolon), but it is a lot bigger of a deal than what Apple would have you believe. 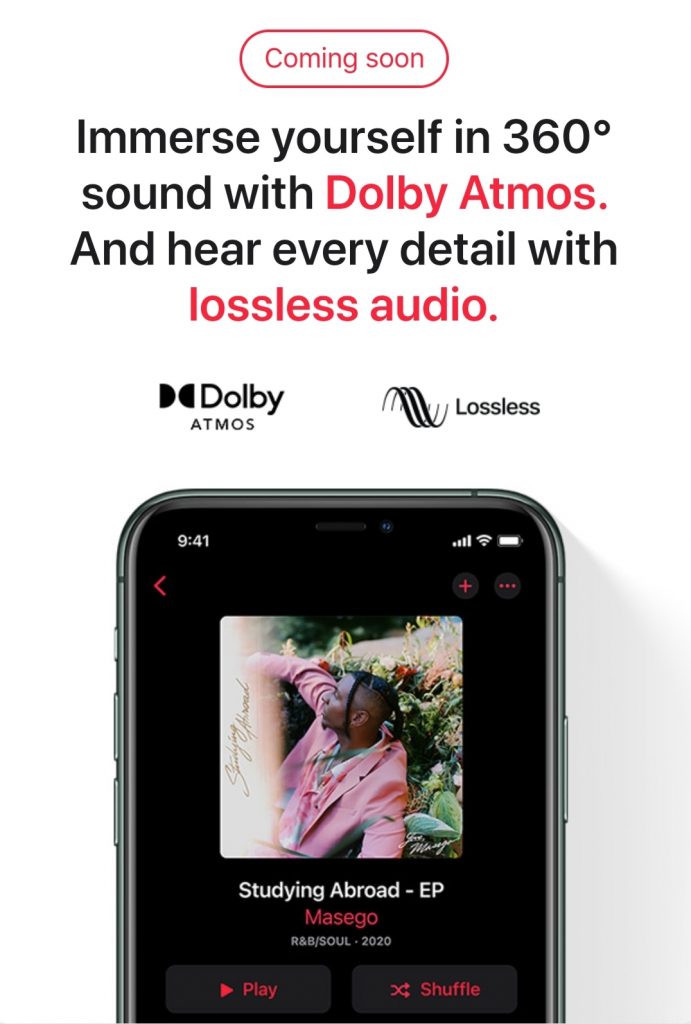 Why does it matter? AirPods are incredibly popular and the iPhone market that buys them represents the top one percent of consumers with the most disposable income. If none of the current first-party audio listening solutions can reproduce lossless audio in anything approaching full fidelity, that will quickly become a problem.

I can already hear hundreds of AirPods clacking around in the rubbish truck to the nearest landfill.

Incredibly, the only -Pod that can still hang with Apple Music’s soon to improved audio quality is the iPod Touch, which still inexplicably retails for R4 000. 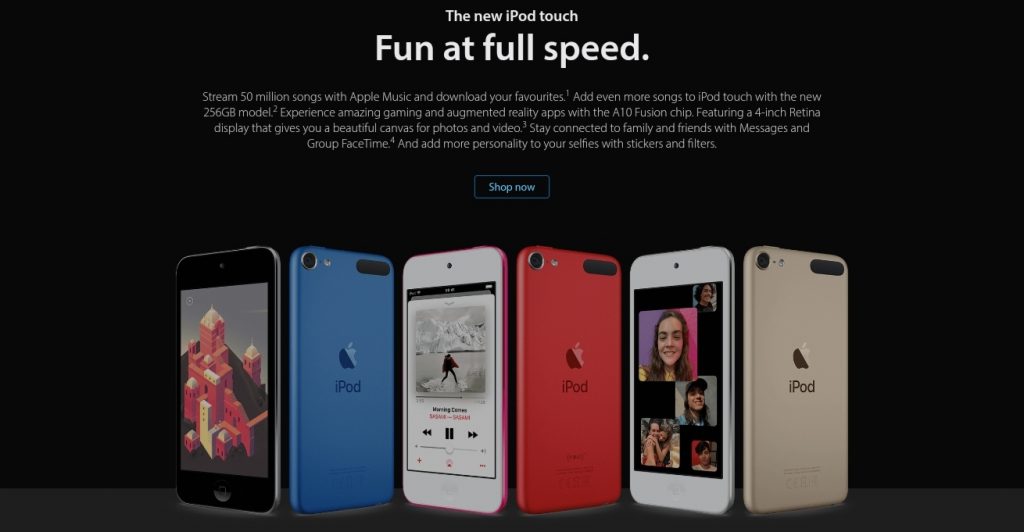 I’m beyond happy that these new benefits won’t cost me a cent more on my existing subscription and will smugly wipe the scent of my victory over every sobbing Spotify subscriber, but we cannot ignore the series of decisions that preceded this magnificent own goal.

When Apple removed the 3.5mm headphone jack from the iPhone 7 it broke an unspoken agreement with audiophiles. Up until then the best portable audio players you could buy if you cared for sound reproduction was the iPhone 6S/SE (original) and the LG V20. (Ed: technically the LG V10 because V20 was announced on the same day as iPhone 7, but released a month later.)

Now, without a direct analogue output option on iPhone, everything gets converted to digital and back again. This is the central problem behind the AirPods Max not being capable of reproducing lossless audio even when cabled to an audio source: the signal it receives is converted to analogue and again to digital because it has a lightning cable. 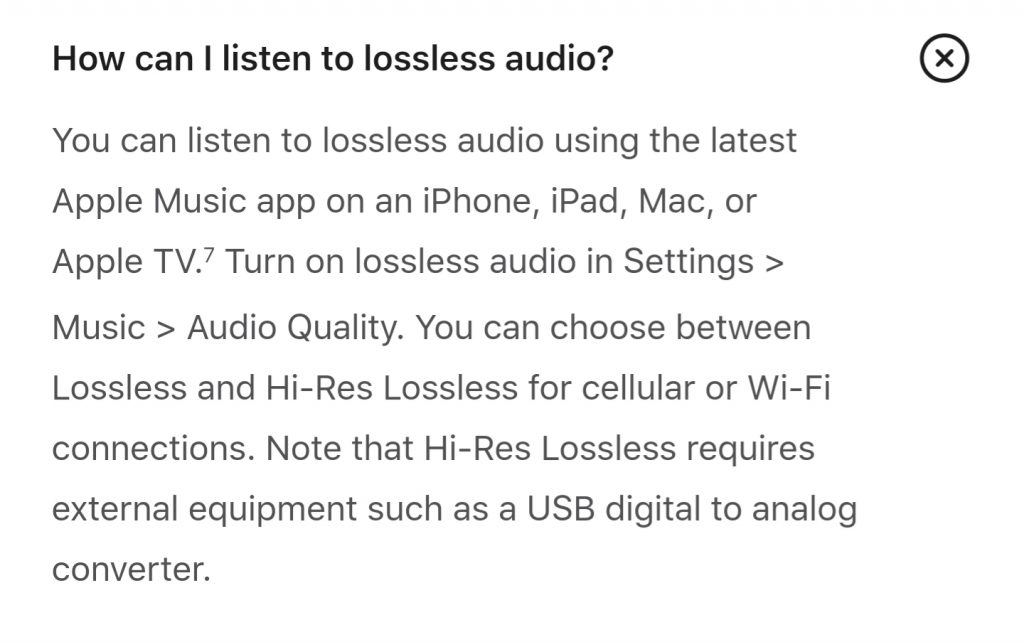 LG had it right all along by sticking to delivering high quality audio experiences. Every flagship handset (G- and V-series) from the V30 to the G8X ThinQ carried support for a laundry list of codecs and the true flagships (no offense G8S ThinQ, Velvet and Wing) even backed that up with the legendary ESS Quad DAC (digital to audio converter) and native MQA (master quality authenticated) decoding.

What does that mean? LG phones from the list mentioned above are the only mobile devices on the planet that can benefit from Tidal, Spotify, Amazon and now Apple Music’s high-resolution offerings and reproduce the audio at the required quality without needing extra decoding gear.

We did LG wrong. That company gave us everything, even support for Bluetooth codecs like Sony’s LDAC (see the video below) and Qualcomm’s aptX HD so that audiophiles would be covered wirelessly as well.

But in the wireless transmission of audio rests the ultimate Apple trump card.

I currently have the Sonos Roam portable speaker on test – which oddly also retails for R4000 and is still R700 cheaper than the now slightly discounted AirPods Pro (this will make sense in a couple lines, I promise). What makes the Roam special is that it is a portable, wireless speaker that supports streaming over Bluetooth, WiFi and Apple’s AirPlay 2.

The first AirPods launched with a W1 chip inside to assist with pairing and connection stability, the AirPods Pro and subsequent devices use the H1 chip that bumped up the Bluetooth to 5.0 (still AAC and SBC, though) and enabled Spatial Audio. 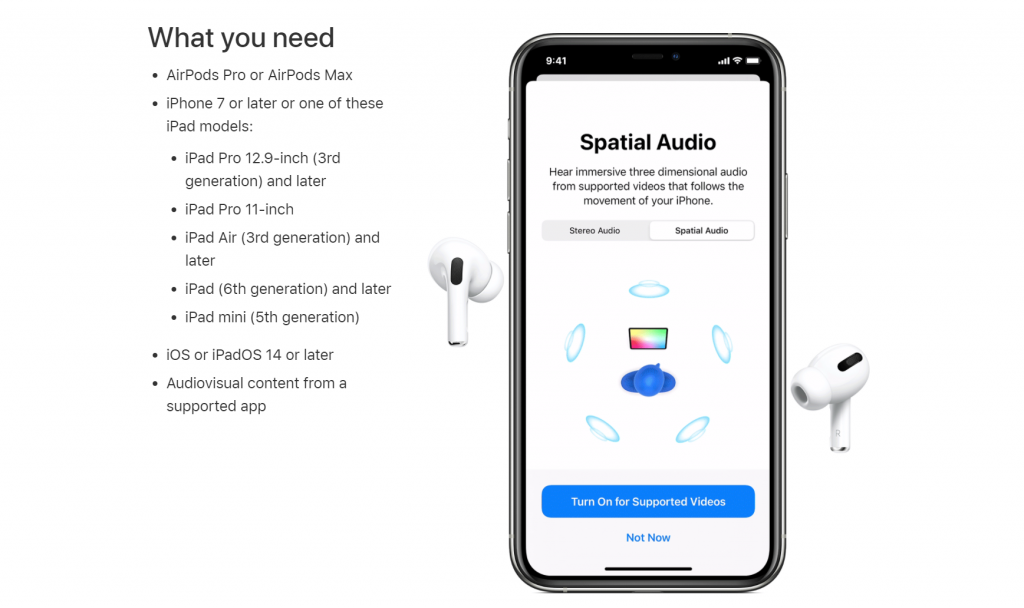 I’m not entirely convinced that Bluetooth 5.0 has the bandwidth needed to carry Spatial Audio data in real time and am almost convinced that the H1 chip is running a peer-to-peer WiFi connection (AirPlay 2). So, the logic behind the predominant rumours of Apple using AirPlay 2 to power Lossless Audio streaming between iPhones and Apple’s range of wireless headphones (including Beats) is sound.

And the cheapest way to enjoy these new benefits of your Apple Music subscription is a R4000 speaker that will probably get native (over WiFi) support for high-resolution lossless audio through the Sonos integration with Apple Music, making AirPlay 2 your fallback option when out and about. An iPod Touch. Or buy an LG device.