Apple painted its computers into a corner because its revolutionary M1 silicon is too damn good. Tim Cook unveiled M1-powered iPads Pro and a new iMac at the company’s Spring Loaded event, and they’re perfectly fine. They also perfectly underline my point that I tried to make on the latest episode of OverclockedZA.

Apple now sell five devices with the same internals. The only difference between a Mac Mini, Macbook Air, iPad Pro, Macbook Pro and iMac is thermal management – outside of the physical design, of course. That revolutionary processor has become the proverbial hammer and all personal computing problems have been reduced to nails.

This isn’t a bad thing. I’ve long called for the iPad Pro to be released from the shackles of its mobile operating system, or at least get a functional desktop mode (scaling the OS to an external monitor dimensions) to take advantage of its horsepower.

As it turns out, these new iPads Pro would then quite quickly make the M1-powered Macbook Air redundant for mobile users if given the ability to scale to a full-featured desktop experience when mated to external peripherals. Which leaves Apple in the product bind that I mentioned earlier. All roads lead to my wish fulfillment at the worldwide developer conference (WWDC) in July, but it still seems like a horse before cart move.

Even just the ability to, on an iPad, edit media directly on an external storage device, as well as a proper file explorer would be enough to satisfy me.

Why is this so important to me? Because I prefer using tablet computers as my primary machines because I find them to be the perfect balance between content consumption convenience and mobile productivity. A well-developed mobile app is like a precision scalpel for slicing up your schedule into focused tasks.

There are too many distracting features on a full computer for my ADHD, and I hate the laptop as a lean back content device.

So, the iMac is supposed to thread the needle of simultaneously being your productivity hub and entertainment screen. That premium 24-inch display certainly looks the part and a 1080p webcam (finally) is in keeping with our remote trends, but for the same money you could get a Macbook Pro that can connect to an external display. Or you could get a Mac Mini and bring your own, existing devices.

I cannot imagine a world that where the new iMac is a hit, but I can remember working in magazine publishing where I was on an iMac, then transitioned to a Macbook Pro and got the same work done from half a world away.

We can speculate that there’s a second-gen processor coming at WWDC that will add an extra layer of differentiation between Macs. I firmly believe in the strategy of flooding the market with Apple silicon to nudge the developers towards the platform. I want to believe that purchasing a new iPad Pro will be a good investment.

But miss me with the iMac. The rest of the M1 family is just too good. That wireless Touch ID is dope, though. 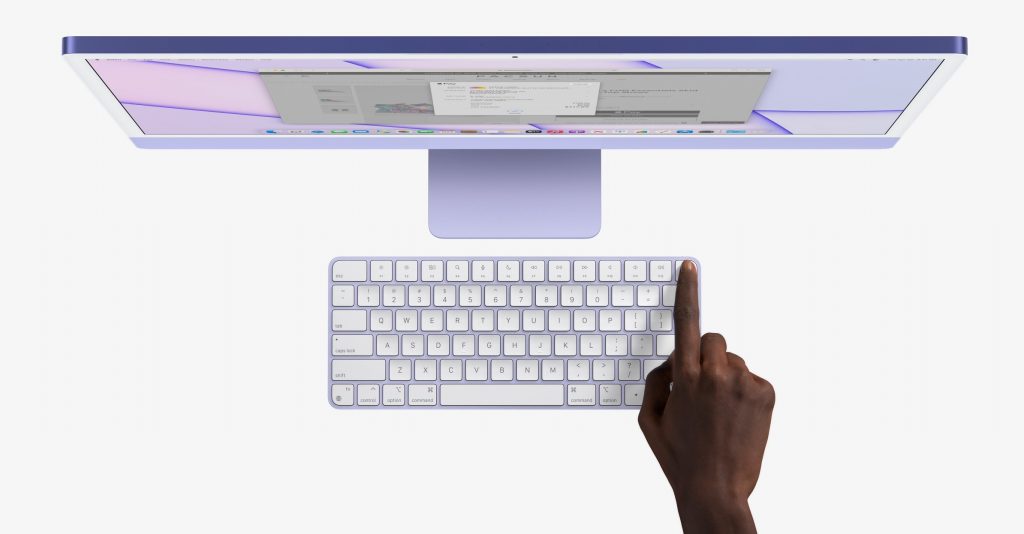