There is no new reason to delete your WhatsApp account. It’s still the same crappy service it has always been, just now compelled by certain laws to be more transparent about its data sharing.

Look, I don’t even like WhatsApp. Here I am, though, in 2021, giving you reasons why most people should not care about the current online privacy conversation. There are also a couple of options further down with pros and cons if you still feel the need to opt-out of WhatsApp.

The current head of WhatsApp took to Twitter to state his case about the company’s data sharing with the Facebook group. Just from that sentence alone you can see how complex internet communication is…

We’ve updated our policy to be transparent and to better describe optional people-to-business features. We wrote about it in October — this includes commerce on WhatsApp and the ability for people to message a business. Pls see: https://t.co/wGJkVUhmhE

So what actually happened? WhatsApp updated its privacy policy to be more explicit about the data it shares within the Facebook group of companies and set a hard opt-in deadline of 8 February 2021. And then the world went privacy mad.

Prominent tech commentators devoted thousands of online column inches claiming that they were deleting the popular chat app from their main device, also giving detailed accounts of the extent of their positions of privilege.

Using a free*, cross-platform internet protocol communications tool that shares user-related information across its ownership network is also the tax most people will pay if they cannot afford to buy into a device ecosystem that invests heavily into private server infrastructure.

*Free is funded through advertising, trading your personal information to marketing companies to drive personalised campaigns that receive more engagement.

Apple hardware, for instance, is priced comparatively higher than other manufacturer devices because all Apple users have access to a server network which enables secure cross-device communication for its users. iMessage and Facetime are connected to the AppleID, and there’s also email services available to iCloud users.

Those iCloud servers that Apple administers and maintains are the backbone of the privacy high horse it likes to get on when situations like this arise. Private server space is what you’re really paying for when you switch to the paid versions of any communications tool.

These companies need to employ armies of IT engineers, developers, lawyers, accountants and marketers just to keep the lights on by delivering quality service that complies with international laws and has user growth potential.

WhatsApp offsets the cost of running its communications platform in three ways.

First it sold out to a major company.

Second, Facebook only bought the company for its intellectual property around server management (cross-device sync, existing storage provider relationships), message delivery, data encryption, IP calling and video chat, and its smart use of on-device sensors (like how the audio in a voice message will route to the earpiece when you hold your phone up to your ear like you’re on a phonecall); and on the back of that enhanced its other products like Facebook Messenger and Instagram.

Third, and this is the big one, is the user numbers which Facebook hopes to convert to active users on its other platforms.

Because WhatsApp has become so ubiquitous, of course Facebook would build its growth strategy on converting those users to its other platforms. A central part of that is to remove the communication barriers between its different divisions for more seamless switching.

Facebook has been working on a unified message inbox for over two years now and has already rolled out parts of that feature for businesses. A crucial part of that development is getting the legally-required permission from an Instagram, WhatsApp or Messenger user to funnel that data (profile picture, username, phone number) into this unified inbox.

Since the company is rolling this feature out on a large scale, it requires its entire user base to accept the terms and conditions which allow a company you’re messaging to know who you are and which platform you sent the message on.

So now that I’ve told you the main reason why WhatsApp is sharing your data, are you still gonna switch? Okay, so let’s make it a little easier for you.

Google Messages is a great option now that rich communication services (RCS) is available on most local network operators. If you’re on Android then all you need do is download/install Messages and set is as your default SMS app. Then turn on chat features and you can now chat to any Messages user via data connection instead of SMS. 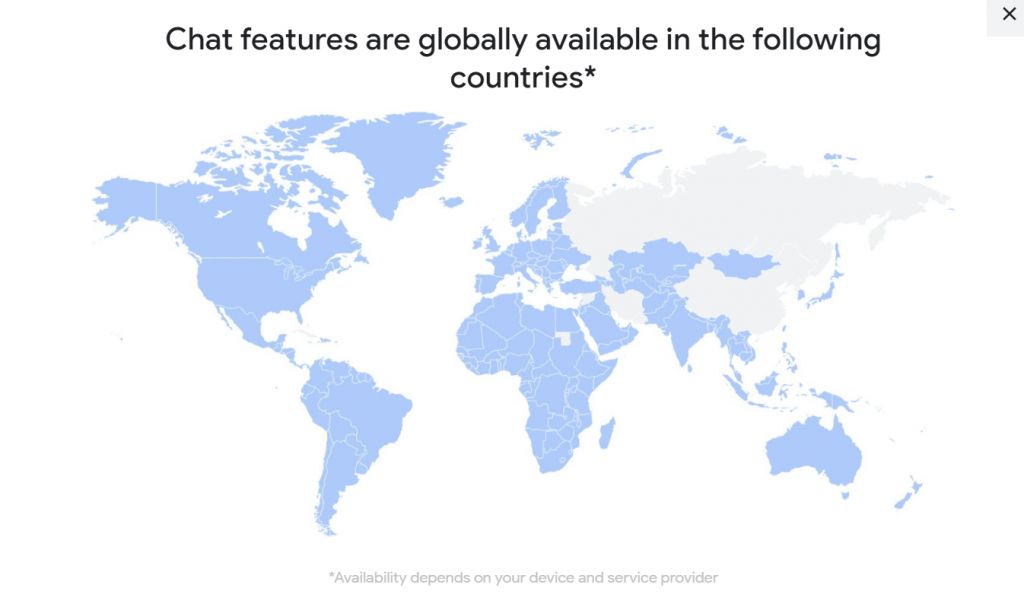 There are weird limitations on images file size that I haven’t quite worked out yet and I’m not entirely sure how to create groups, but this is a solid option directly from Google that offers many of the same benefits as WhatsApp like connecting to desktop and sending voice notes.

Messages are also stored on the device (just like WhatsApp), so there is security baked into the process. iPhone users can simply turn on iMessage and chat to other Apple users that way, but you knew that already.

For video calling another great option is Google Duo which works across Android, iOS and on the web. The quality is superior to WhatsApp video calling and because it’s a standalone video calling app, there are more video chat specific features built in.

If you’re jumping to Signal or Telegram you need to know the benefits of each. I prefer Telegram for better group management (FOLDERS! granular notification controls!) and its lack of aggressive image compression, so it’s an excellent business tool for collaborating on media creation projects where images are passed around.

Telegram also doesn’t directly associate your phone number with your profile when you’re in a group, so it’s harder for people to stalk you. Also the generous 200k chat group size is great for corporate situations.

Here’s an excellent rundown of the pros and cons of each platform. 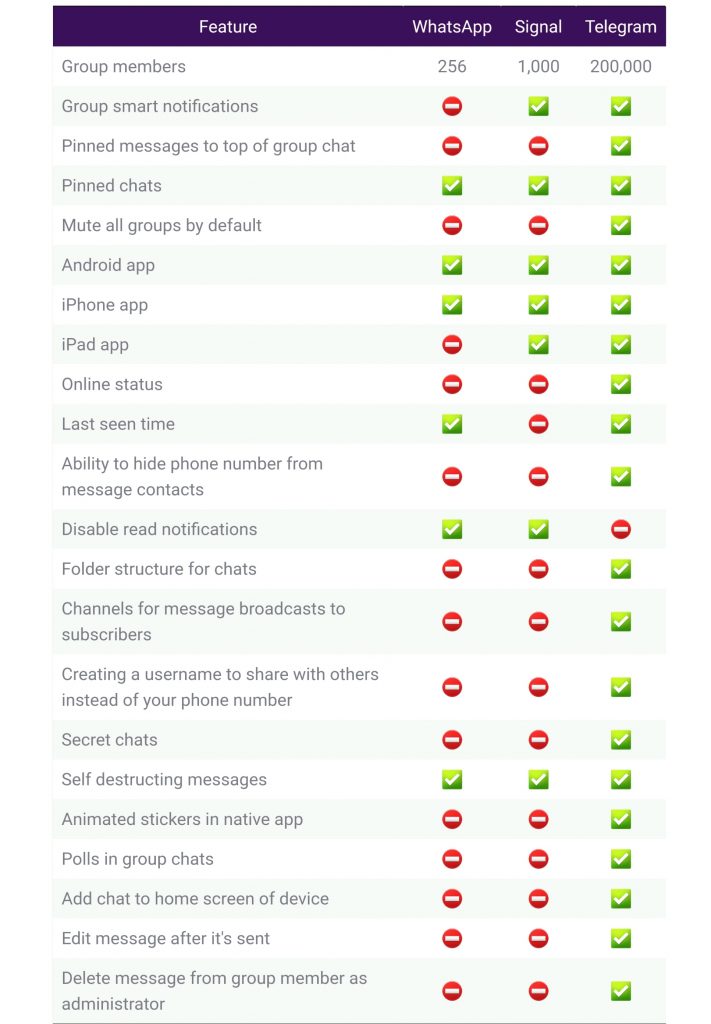