So the new Toyota Supra is basically a BMW Z4 with some wild styling and iTunes movies will be available on Samsung TVs. Fanboys are scared and confused and I feel you. Actually, I’m here for you. But remember, these things are done to help you in the long term. 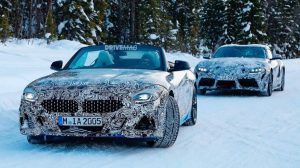 The Supra, for instance, will be a remarkable car. It’s designed specifically to compete against the Porsche 718, which is a tall order for any small sports car. And that last bit is the point. Take a look around the sports car/roadster market. Not the most crowded place, right? Outside of the underwhelming, but still fun, Mazda MX5 there’s a sprinkling of millionaire toys and mid-life crisis chariots. 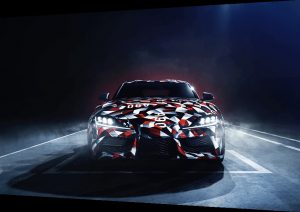 Now there’s another option and something with infinite potential to punch far above its weight. This is a good thing. Options are a good thing.

That brings me neatly to Apple’s decision to open up its content casting from Apple devices to third party companies. Specifically two of its biggest competitors that happen to be the biggest brands in the TV business. Gifting iTunes (Samsung exclusive), AirPlay 2 and HomeKit (not on Samsung devices) to the free market gives Apple users options. It’s also a signal from Cupertino that the Apple TV will remain a set-top-box and never evolve into a display device. This is also probably the end of the road for and Google Home Hub-style smart displays too. I mean, anyone who wants one from Apple probably has an iPad already. 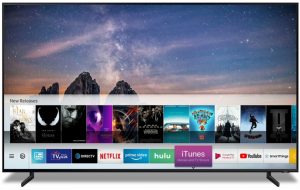 That my wife can now, we’re assuming that I’m earning a lot of money and can afford a compatible TV from either brand, cast her content from her iPhone or iPad to a TV without my intervention is a magical proposition. Purists will complain. But Apple also did society a favourite by making a deal for these smart TVs to not track what’s being displayed while communicating via AirPlay. So for one fleeting moment you will be free from data harvesting, if you’re an iOS or Mac user.

These are moves by companies eager to up their own profits. Toyota save billions not having to develop a new motor or car platform and can slot it in directly into its existing sales and marketing infrastructure – there was so much Supra marketing because they had budget. Apple will launch its new streaming service to an audience that can make use of that service in a premium viewing environment.

It’s doing the most good for the largest possible audience and both companies will profit from the unwashed masses while alienating the devout. It’s not personal, but really smart business.