It’s time to have an honest talk about smartphones. You probably shouldn’t get a new one right now, especially if you’re upgrading on your contract. The only thing you’re upgrading, by the way, is the amount of money you’re paying to your service provider. Luckily I’m done playing the “please the advertiser” game and tired of people pushing some crappy agenda. If you can afford to buy cash or are in desperate need of a new device (your current phone is going on four years old) then these are my picks, starting with the absolute best. 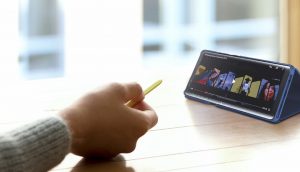 If you know me well or have read anything I’ve written about this phone in the past, you know that I hate big phones. This is the biggest worth having and that’s kind of the appeal. At a squatter than previous design 6.4-inches, this screen is the best in the business. Then you add in the excellent speakers, plus the high-quality headphone jack, and the stellar WiFi and cellular performance. Don’t forget about the amazing cameras – amazing because Samsung has somehow emerged with the more accurate colour reproduction of the current flagship crop.

You’ll notice I haven’t yet discussed the S-Pen, kind of the headline feature for a Note. But when added all together the phone would still be very competitive with regards to camera performance, battery life and raw processing power even before you play to the pen-wielding crowd. And that’s why it heads up my list. More than any Note device before it, the Note 9 has earned the right to be my daily driver by being a jack of all trades.

At R16 200 after the recent Black Friday price drops, it’s also a whisker more affordable than the Mate 20 Pro and you make none of the sacrifices that you do when shopping Huawei – like poorly implemented features and, if you listen to the US CIA, possible privacy issues. Speaking of Huawei.

If Huawei included a 3.5mm audio port on this device, the company would’ve hit the fan service jackpot. Instead it did something funky with the dual speaker setup (piped the main one through the charging port) which resulted in a more muted sound than on the P20 Pro – although I think this is more related to the waterproofing needed to comply with IP68 standards. What the Chinese company did do, though, was tick all the other boxes. Design is a hybrid of iPhone X and Samsung Galaxy S9 Plus. The camera is a riff on the P20 Pro’s excellent unit that swaps the monochrome lens fro a wide angle.

Where the Mate 20 Pro truly excels is raw processing power and battery endurance. It isn’t the best I’ve tested (Mates 10 and 9 still hold a slight edge), but I was regularly ending the day with battery to spare. The Kirin 980 rules the roost in Android land until Qualcomm’s Snapdragon 855 makes an appearance in purchasable hardware in 2019, but doesn’t hold a candle to Apple’s magical A12 CPU.

As a whole, the Mate 20 Pro is a nice evolution for Huawei handsets, but the device doesn’t do quite enough to eclipse the stellar P20 Pro and at R19 000 at the close of 2018 it doesn’t quite scream bargain, especially when Note 9 prices have fallen considerably.

The best iPhone for most people: iPhone XR

You should still get an iPhone 8 if you’re looking for a great deal and a compact handset but to get all the latest iPhone features at the most reasonable price, this should be your go-to. The only features you’re giving up is the stainless steel frame, stronger rear glass (more on that later), a zoom camera and gigabit LTE. Well, technically you’re giving up part-time use of the zoom camera because it doesn’t get utilised in low light. And that actually gives the XR an advantage over is more premium siblings. Portrait mode can only be used for human faces but should be of better image quality because it’s using the main camera sensor and wide aperture. You can also always add on a telephoto lens as well to further leverage the computational portrait mode.

The iPhone’s inherent flaws are coming to light now that Android manufacturers are producing consistently excellent devices. We can’t be running into iOS file management walls when you’re spending the same money on a phone as you would a laptop. A smartphone is my current primary computing device and it needs to keep pace with my needs, even give me room to grow. But the biggest crime against consumers must be how expensive it is to replace the back glass. Because the glass is adhered to the metal frame, it requires a full midframe replacement.

Outside of those flaws, the Apple ecosystem is an amazing place to be. Native encrypted instant messaging (iMessage), native video and voice calling over IP (FaceTime) and unmatched interoperability between devices (WiFi sharing, AirDrop, AirPlay, etc…). To buy into that for R16 000 and nett one of the top smartphone cameras on the market and great battery life is, by Apple standards, a bargain. 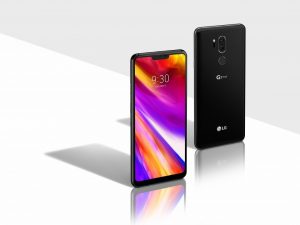 There was probably an error on takealot.com, but at one time while I was writing this round-up the phone was on sale for R6 000! It’s back up to a more expected R10 200 at the time of publishing, but that’s still a good deal. For that price, you’re getting a Snapdragon 845 chipset, 64GB of storage and a pair of excellent cameras. Not quite flagship grade optics, but more than sufficient for social media.

If you love music then you should definitely get this device. Not only is the headphone jack the absolute best in the business, but the Boombox speaker is better than most small Bluetooth speakers when placed on a resonant surface. Waterproofing is also some of the best in the business and Android 9.0 Pie is confirmed for early next year.

You should probably buy a Nokia 7.1

Nokia has impressed me more an more since its big comeback party at MWC 2017. Earlier this year Nokia 7 Plus was my lead pick for budget shoppers and now it’s the sensible 7.1 that is the best combination of good design, performance and price. Remember, this device also launched with the latest Android software and HMD guarantees two years of updates. At R5 700, this is a hard bargain to beat 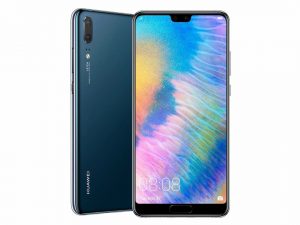 Outside of Nokia, Huawei’s P20 (standard model, dual camera) has finally fallen below R10 000. The camera is still one of the best and the size is great for most people. If you’re shopping below the Nokia pricepoint, then getting a secondhand older flagship is your best bet. Samsung Galaxy S8 is still a good buy and Sony really did well with the XZ1 a couple years back. In this space, iPhone 8, 7 and SE also make for good deals.

But, like I said at the beginning: you probably don’t need to upgrade this year. Save your money for the March 2019 price drops for everything I recommended here.