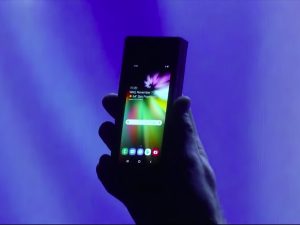 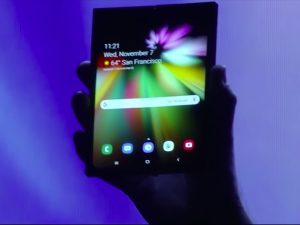 Let’s start with the engineering marvel that is a device that can change its state. Shape shifting to reveal a bigger display out of a pocket-friendly form factor is something that I am truly in favour of. No more will I need to travel with my beloved iPad to supplement for those times that I need to get larger work done.

Also, because it will be an Android device the foldable Samsung will be infinitely more useful because of superior file management powers. And therein lies the problem. What software features can truly empower this into a breakthrough technology? I predict that at least the first two generations will need some polishing to get to useful status.

Right now I think the pinnacle of mobile productivity is still the Samsung Galaxy Note 9. But it doesn’t have a physical keyboard. There’s a reason why Apple sell a keyboard alongside the iPad Pro. We’re generations away from moving away from typed text as the dominant interface.

That brings me neatly to Bixby. The once highly capable, deeply integrated voice assistant was neutered somewhat with the 2.0 release on the Note 9. It went from something I really relied on to perform complex tasks on my Galaxy S8 to a complete afterthought on my current primary computer.

It’s so bad that Apple managed to get Siri to a point where it has now leap-frogged Bixby with a similar playbook. Siri Shortcuts is an incredibly powerful tool that is baked into iOS – exactly what Bixby used to be.

In the past I could dictate an Instagram post all the way from unlocking the phone to take the image, all the way to applying a filter. Now Bixby can barely even tell me the next day’s weather in the city I’m traveling to. So what Samsung displayed on stage yesterday is that Bixby 2.0 was built without the help of 3rd party development tools???

If you’ve already walked the platform functionality backwards over 18 months in – and I’m sure there were a few under-the-hood improvements that were desperately needed – who is going to care about it now? Revolutionary technology needs to be revolutionary from the start. Name one slow burn tech trend that is indispensable to the consumer experience now? 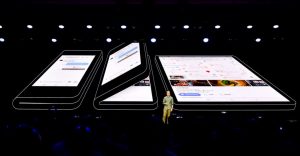 Samsung need a marketing win. Sure. But one that is backed by consumer-facing substance. Don’t give me two quarters of half a computer and please stop putting out half-baked ideas as “game-changing” features. The best battery life, the best camera and the best software underneath the best screens. That’s  what consumers want.