Smartphones cost far too much in South Africa. One of the first things I do when a new product is rumoured or announced in our market is to guess the price. It’s a mixture of scanning the spec sheet, understanding the company’s previous price strategy and how the product feels. I’ve consistently been R1 500 too low in my estimates since 2018.

Oppo came to South Africa as a relative unknown and launched the A72 into a crowded market segment to close out 2020. This handset also spearheads the company’s A-series and competes directly with a similar Samsung product line, even muddying the waters with copycat styling.

Look, I know it’s the Asian way to make everything look the same as the best-sellers in the market because most of the time all the phones are just rebranded versions of the same reference design, but Oppo could’ve at least tried to make A72 look different.

After the unboxing and feeling the wet rag haptics – as if the vibration motor is reverberating off of a soggy towel – I valued the initial experience at a respectable R5 500. This phone costs R7 000 at full retail.

This 48MP camera has no right to be this good.

Yes, it all falls apart at the pixel level, but you really have no business looking that closely here and then giving Huawei and Samsung a free pass for their respective water colour techniques when scrutinised at the same level.

There’s a lot going on in the processing pipeline on these big, high megapixel count sensors and that lends itself shortcuts because all the people want is for something to look good on the highly compressed socials, right? Right.

Honestly, I would be very happy with this quality output like this for the asking price. Miss me on the ultrawide and the “portrait mode” though. Like I understand why those additional lenses are there (to add an extra perspective or gather additional information like depth or illumination), but on its own the main camera is stellar.

There’s a proper Qualcomm Snapdragon 600-series processor in this bad boy which means the best quality graphics and image signal processing for the money. Qualcomm has really set itself apart as the leader with regards to image reproduction, operating efficiency and graphics performance on Android phones – it’s a FAR BETTER options than equivalent Exynos, Mediatek or HiSilicon offerings.

On the topic of operating efficiency: I couldn’t kill this phone in a day. Sure, some of my most taxing apps didn’t run correctly on the device – AudioEvolution, Fallout Shelter and Forza Street – but Madden 21 ran perfect except for the truly terrible haptics. Besides for those issues, this is the first smartphone in about two years that wouldn’t die in 24 hours of my normal day-to-day.

Deficiencies most can live with:

Look, I rarely dip my toes into the sub-R7 500 review device waters because I know that it’s too shallow to accommodate my portly mobile workflow. I produce podcasts, manage client social media accounts, shoot and edit video and pictures, and consume a ton of media on mobile devices.

The Oppo A72 was good for the basic stuff, but I needed to defer to my iPad Mini or more powerful handsets like the Samsung Galaxy S10 and LG G8X ThinQ for the heavy lifting tasks. Did that maybe skew the battery endurance score? It probably did. But it also means that if you’re not regularly mixing down audio files, rendering multiple layers of hires video, designing posts for client accounts or editing images in Lightroom as part of your day-to-day, this is plenty power for you.

Speaking of editing images; that 6.5-inch display is good and of the IPS-Neo flavour, so quite current with the leading LCD technology, but I don’t think it’s a laminated or it’s not a great lamination because there seems to be a gap between the outer glass and the actual pixels. the white point is also a bit warmer than I prefer, and it lacks the custom controls to calibrate to a level that I was comfortable with.

ColorOS does that thing that most Android skins do where it assumes way too much. Again, I get that Oppo is trying to simplify operating system for people who don’t value the ability to tweak all Android settings, but more advanced users will be instantly turned off. The software experience is a smorgasbord of Android the way Google intended and the regular Chinese phonemaker quirks. Luckily, ColorOS didn’t fiddle too much with the way notifications work – a common transgression from the far east.

My biggest gripe is the extreme nannying. You can’t delete entire home screens, for instance. You remove apps until the home screen is empty and then the vacant space disappears.

Many of these frustrations are shared with sister company Vivo, but I much prefer Oppo’s implementation over whatever the hell FunTouch is trying to do. 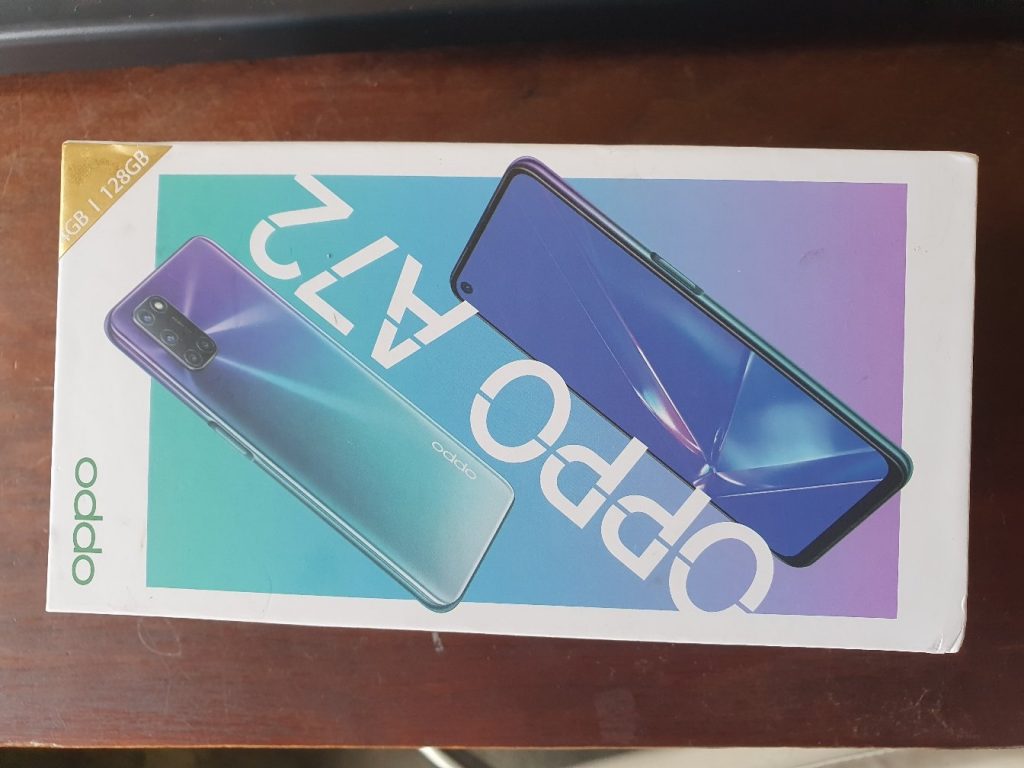 The Oppo A72 would be a no-brainer recommendation at R5 500. Unfortunately, R7 000 puts it in range of the iPhone SE (much better camera and overall mobile experience, bad battery life) and the similarly named Samsung Galaxy A71 (better overall Android experience, not great battery life) if you’re shopping on contract, and squarely against the Samsung Galaxy A51 on the prepaid side – which it handily beats in all aspects except software.

Oppo has enough in its portfolio to fill the yawning gap left in the market by the still Google-less Huawei, but the company needs to have a long and hard look at its pricing strategy, especially if rumours of its other sibling OnePlus coming to SA prove to be true.