According to the “Transkei Tornado”Formula 1 is playing the wrong sound track and could be just a bit too much plug and play.

Let’s face it, for athletes sport is about winning. But for us viewers it’s about entertainment and to be fair F1 is missing a beat or two.

You might think that because Lewis Hamilton beat Michael Schumacher’s record of 91 wins at the Portuguese GP everything is ok, but that just means he’s not been challenged. Which means, no racing and no entertainment.

Other than Mercedes’s dominance Honda has decided to pull their engines from F1 after the 2021 season. This leaves Red Bull and their sister team AlphaTauri with a headace.

Also legends Ferrari can’t even get close to Mercedes and is basically in competition with AlphaTauri and Alfa Romeo for six place this season.
Racing Point has staked a claim for third place albeit with last year’s Mercedes.

And according to The F1 Promoters’ Association (FOPA), the viewership has slowly been in decline over the years. 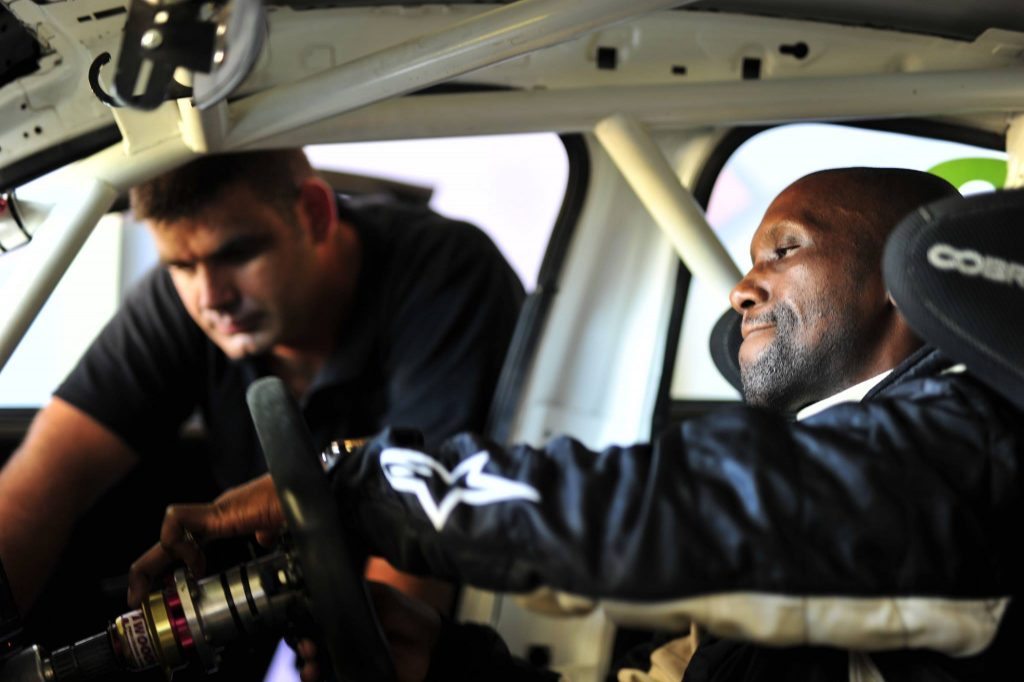 So I had a chat with Tschops Sipuka about what he thinks of the sport but you might ask, why Tschops? Well, he was South Africa’s first black national motorsport champion, winning the Volkswagen Polo Cup back to back in 2002 and 2003. He also took part internationally in Formula Volkswagen in Germany a 25-hour endurance race.
Last year aged 40 and after being retired for six years he decided to put his helmet back on back and go racing in the GTC Championship. He raced with the Moss Racing team alongside Simon Moss. and even bagged a win in East London from pole.

So what’s up with F1?
Sipuka feels that the sport took its biggest miss step with ditching its natural aspirated V8 power plant with its unique sound in favor for the more modern hybrid engines.

“Understanding the need for innovation but I believe they missed the blueprint. F1 sold a sound, that was not sold anywhere else in the world and that brought people together. People knew what a F1 car sounded like even if you didn’t see it. These days if you go watch a F1 race you’d be lucky if get excited with how it sounds,” said Sipuka.

For Tschops the sound of the V8 was not just a marketing gimmick but also a tool for drivers.

Also have you noticed how the F1 teams are employing younger drivers?

Lando Norris of Mclaren is 20 George Russell of Williams 22, Charles Leclerc is now 23 but started at Sauber in 2018 when he just turned 21. Let’s not forget the great pretender to Hamilton’s crown, Max Verstappen scored his first GP points when he was just 17 in 2015 with Torro Rosso now called AlphaTauri.

Well Tschops believes that the cars these days need less input from drivers and has maybe become a bit too easy – hence plug and play and also why that V8 sound is no longer required.

“I think it’s simple to explain. The young drivers get paid less which is a factor but now drivers do way less than in the past. The car and computers does most of the analysis these days. The sound of the engine told you what the car and tires are doing, now any guy that can drive well can get in the car without having to give this feedback to the team, because when he stops in the pits that info is already there.”

Tschops might not be too far from the truth because Mercedes team Principal, Toto Wolff, said after Hamilton record of 92 wins that he is that good because he still gives so much input back to the team about everything relating to the car.
Then there is the general entertainment value of F1 which could also explain why viewership numbers have gone down.

No Fizz
The well-known Grand Tour motoring journalist, Jeremy Clarkson said last year in a YouTube rant that he’d rather watch Formula E than F1. (All you hear at a Formula E race is the high pitch wine of the electric engines – definitely does not give your man bits a fizzing sensation.)

Clarkson continued saying that F1 feels more like a health and safety exercise rather than competitive racing. He has a point because whenever any racer does something other than drive in straight line you will always hear that the race stewards are investigating so and so driver for whatever and receive a penalty.

Hamilton this year was a victim of two five second penalties in the Russian GP which saw him ending third. The penalties handed to the six-time champion and I quote was for, “making irregular pre-race practice starts in the pit-lane exit road.” That sounds super boring.
In a statement, the sport’s ruling body, the International Motoring Federation (FIA), said they had been told that the team had instructed Hamilton to make his practice start in the wrong place. However you cut it, it’s still boring.

So ja, Clarkson is a divisive figure and has a proficiency for making entertaining content but F1 does feel overly controlled at times by race stewards and rules. But the word “formula” in the name refers to the set of rules to which all participants’ cars must conform. So I guess we’re screwed either way.
The former F1 champ with Ferrari in 1979, South African Jody Scheckter, also reacted to Clarkson’s rant and to cut a long story short, as the You Tube user: Psych0technic put it: “Schekter agreed with Clarkson only in a more polite manner.”

According to Sky F1 in August 2020, a new Concorde Agreement was signed by all 10 F1 teams committing them to the sport until 2025, including a $145m budget cap for car development to support equal competition and sustainable development in the future. The new agreement will come into effect at the start of the 2021 season.

According to the legend even though the sport is struggling in terms of numbers F1 will always remain relevant.
“F1 being the pinnacle of motorsport will always be relevant. Even if it’s for a certain crowd. At some stage a different crowd will fall away and new crowds will start following the sport. Some used to follow Ayrton Senna and Michael Schumacher and now the younger generation follows Lewis Hamilton. Eventually he will be replaced.”

With many fans believing that F1 is just about who has the biggest stick, and currently it’s Mercedes, the agreement seems like a good plan. Money and its power it brings in sports has been an ongoing argument but with sponsors and broadcast rights bringing in large amounts of coin it’s hard for struggling teams such as Williams and Haas not to except this income.

The Honda engine situation has sparked some wild claims that Red Bull and AlphaTauri might pull out of the sport.
Dr Helmut Marko, Red Bulls Austrian official closest to Red Bull and AlphaTauri’s billionaire owner Dietrich Mateschitz said to Auto Motor und Sport that Red Bull will not be able to attract a new engine manufacturer to F1.
According Red Bull team Principal, Christian Horner buying the Honda engine programme is being considered.

Sipuka feels that there is too much at stake for both teams and F1 to let go. Especially with Red Bull a former champion and the only team currently close to Mercedes.
“Mercedes won’t supply engines because currently Red Bull are the only team chasing them and Ferrari’s engine is not performing and possibly will only have something to offer in 2022. Somewhere somehow a deal will be struck to keep these teams going.”

Tschops feels though that because of Covid-19 F1 should rather have concentrated on next season.
“I feel this season has turned out to be a bit of joke. Hamilton is almost cruising to a title with not much effort. They should have called it or had a shortened season but it isn’t very exciting at the moment. I do feel things will pick up next season with the budget gap. But again we are relying on rules to bring excitement and that’s not entirely what we want.”

All that being said, Mercedes wrapped up the Constructors’ Championship at Imola with four rounds left in this shortened season of only 17 races. Imagine if there was 22 races this season. 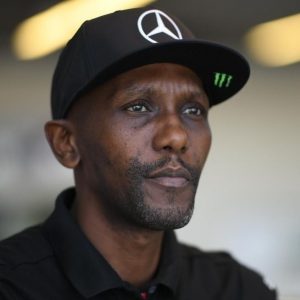