Oh boy, the world has a new Mustang and it’s not what we’re used to. Context: think of Mustang as Ford’s halo brand. You’ll be hard-pressed, for instance, to find a classic blue oval Ford badge on the Mustang GT. Ford stuck to this branding strategy with zero references to the blue oval to be seen on body panels. But this is very much a Ford, even if it breaks from tradition.

I’m happy that Ford decided to go with a solid front end and not the faux grill you see above. It makes the perfect statement of intent. The all-electric Mustang Mach E is all about intent. A brand new platform that the Americans have been developing over the last four years is well-suited to take the fight to Tesla in 2020.

This will be going head-to-head against the Model Y compact SUV that Elon Musk is blessing the world within the new year. Model Y and the new Roadster will steal headlines, for sure, but that’s why the marketing team decided to pin the pony badge on the tail of this compact SUV, to claim some of that media coverage. 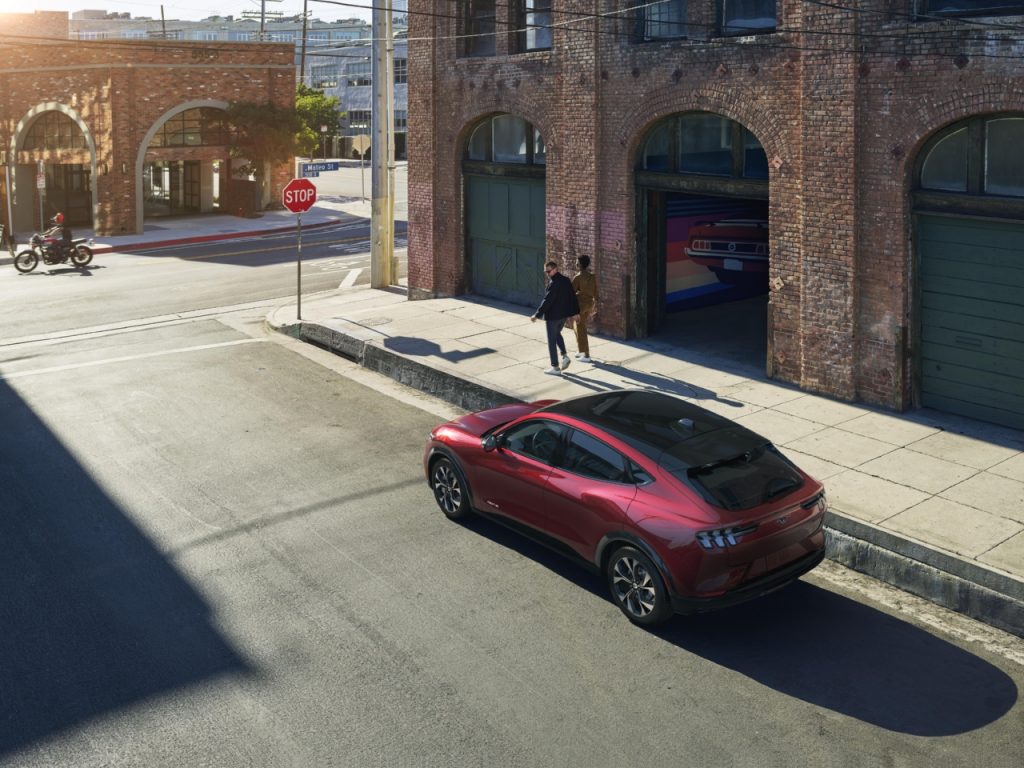 This is a textbook play by an established brand trying to flip the table on a market disruptor. Ford could’ve played the long game and beta-tested its prototypes to see which one garnered the most interest from international governments, then strike lucrative deals to build factories in foreign countries. VW did that with ID.3 and production units are rolling off of the Chinese lines as I write this. China is the smart play, but with government tax incentives set to be dramatically reduced, the EV market is slowing and even showing signs of decline.

The only other option was to give it a compelling badge that would command attention. An all-electric Mustang commands attention. As does the first Mustang SUV. Sure, the engine noise gimmick makes me roll my eyes, but it’s at least in line with US and EU regulations. 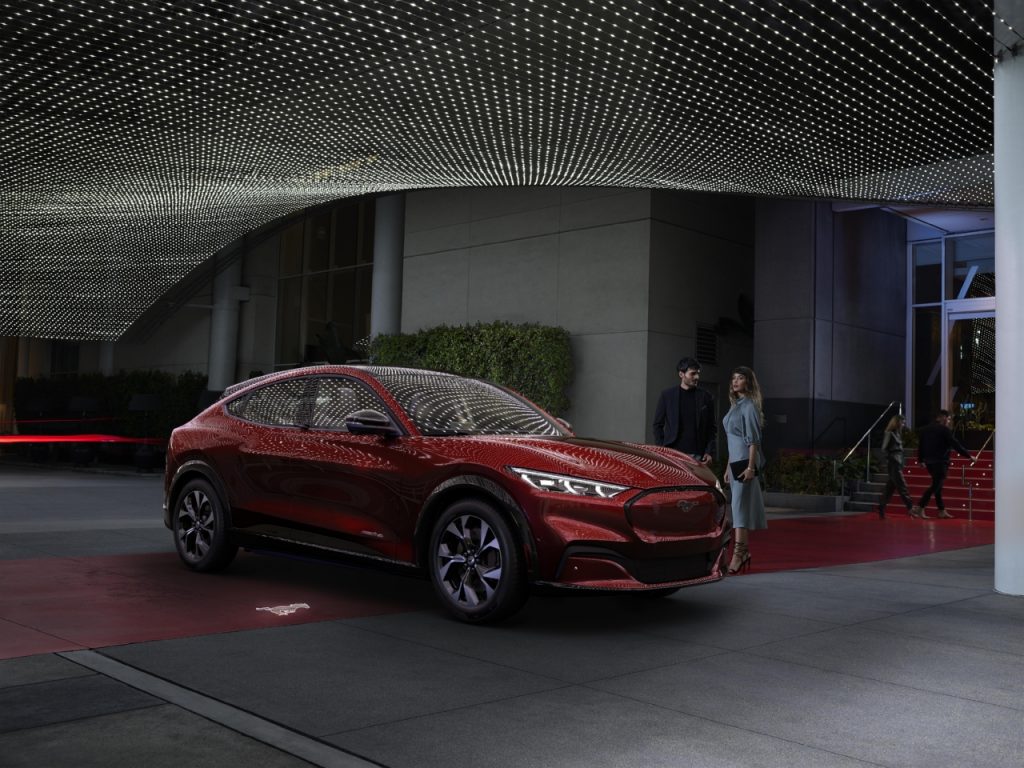 You can imagine the marketing meeting. “Hey, do we have a badge that everyone loves and will translate into a social media trending topic?” From there it was off to the races, I’m sure. There’s even confirmation now of upcoming electrification for the Transit van and venerable F-150.

But there’s a little more to it than pure capitalism. The Mach E ‘stang costs about as much as a mid-range Tesla Model 3 and can match it for range. Acceleration on the AWD models with the large motors sees 100km/h come within a spirited four seconds or less. Then there’s the interior gadgetry.

Gone is the QNX-based infotainment system and in comes a fully HTML5-developed smart display. It’s fully upgradeable and can show the car’s on-board navigation with all the charging station info alongside wireless Android Auto and Apple CarPlay casting.

The only thing I don’t like about it at first glance is the lack of buttons. But the system allegedly learns your use patterns and surfaces the settings intuitively. Contextually aware computing has always been hit-and-miss for me, which is why I love automating through Siri Shortcuts and Bixby Routines so much. 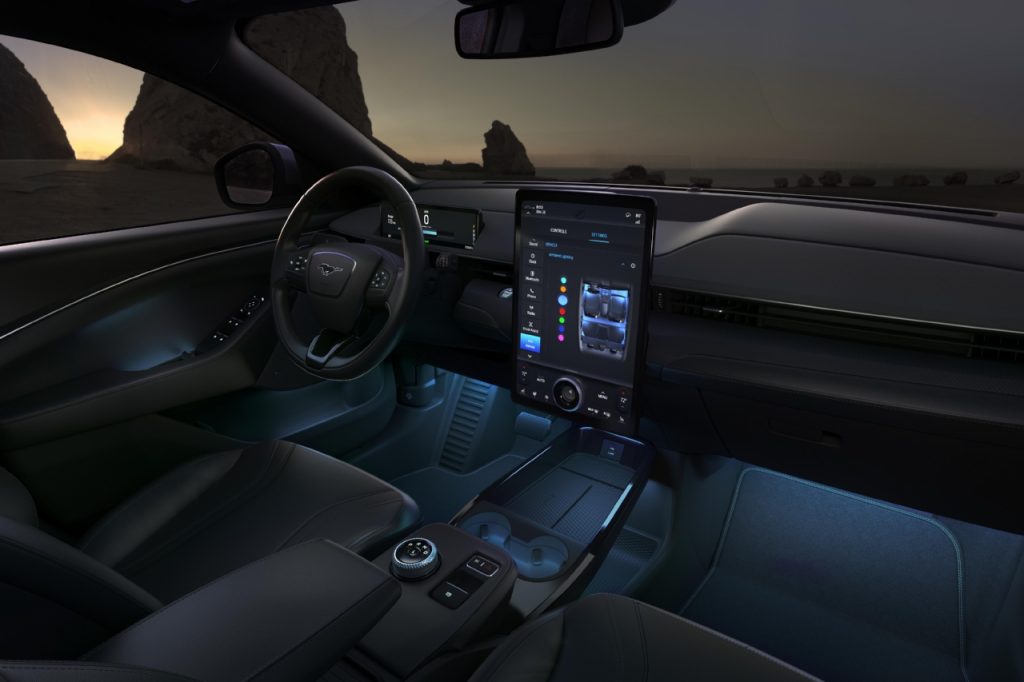 While I do like to give VW crap about its inability to bring the ID range to market, at least the German giant is putting in the work. In the US there’s an initiative called Electrify America, which is pretty much VW building out its charging network infrastructure. Early fruits of the Ford/VW partnership is evident in the deal that allows the Mach E access to this charging network.

Ford has done a great job turning around the Mustang Mach E concept within two years. Styling is as good as it gets when prioritising the aerodynamic teardrop shape and the range has many options for many use cases. There’s even forward-facing features built-in like Ford’s driver monitoring system and some level of autonomous driving. 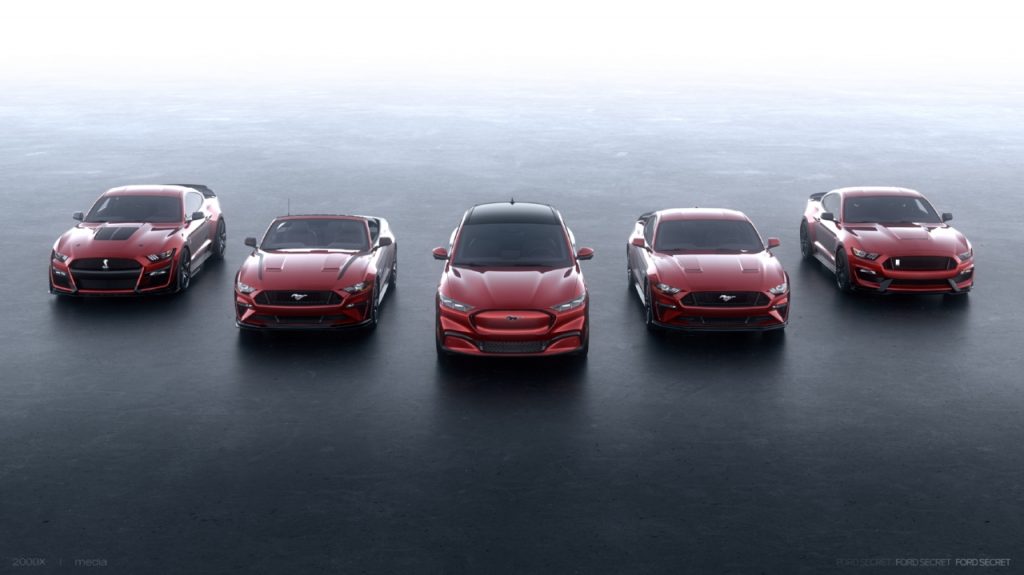 Hopefully the first new Mustang body shape catches on with the public.