Winning the Webb Ellis trophy won’t be enough. Being competitive at a World Cup is a minimum requirement for the entitled Bok faithful who only know excellence of days gone by. That’s why the Coetzee and, to a lesser extent, De Villiers, years were so hard to swallow. Rassie has already slayed those demons.

Did the Springboks convincingly beat Japan in a World Cup? Yes.

Did the Springboks in the last 18 months manage to best the All Blacks in New Zealand? Yes.

Did the Springboks put Italy away for a big score? Yes.

Did the Springboks make a mockery of Australia’s idea of a Sanzar  rivalry? Yes.

Job done in my book. But I only speak for myself, not for the masses of rabid Saffers who want Willie le Roux’s blood for daring to drop a high ball. The same fans who write off Handre Pollard’s similar mistakes that lead to more threatening attacking positions for the opposition, but our amazing set-piece and defensive conditioning got us off the hook so all is good. But I digress.

Saru figured out that regular World Cup victories are great for added income from licensing the Springboks emblem for merchandising. Anyone who commutes by airplane and Gautrain to OR Tambo International Airport knows the sad sight of green and gold jerseys piling up and going on sale. And a good World Cup year has a great effect of Super Rugby attendance because fans have been starved of a high dose of weekly opioids and are in desperate need of a fix by February.

So how did Rassie do it? Well, he started by clearly stating his vision: go back to South African strengths and get the fans cheering again. In 18 months he dismantled all Coetzee’s intricate expansive fantasies and deployed big bodies up front to smash the opposition. With two centers also acting as loose forwards, a mobile combination of locks and a back row that tackles everything that moves he laid the plan out.

I doubted his persistence with the Beast when Kitshoff was quite clearly a better asset with his additional pilfering skills, and that really pushed my Rassie belief to the edge when the most capped Springbok got that yellow card. I begged him to reconsider his commitment to Faf de Klerk and didn’t fully understand his decision to hand Kolisi the captaincy when Vermeulen came back into the fray.

But all of those decisions make sense when you look at the big picture. Kolisi is important to the country and he definitely deserves his place in the squad. He is also a media-savvy player with a strong publicist team around him who has been built for glory, but who also puts in the hard work.

Beast is a seasoned campaigner who has good enough ball skills and is also very marketable. Physically he is also an impressive specimen who keeps himself in incredible shape and can guide the younger guys in the gym room.

Faf sets the tone for work rate and tenacity. More importantly, he was groomed to play expansive rugby at the Lions and then went on to gain the tactical nous in the northern hemisphere. Bottom line: the guy can play tight or loose ball, fronts up on defense, inspires the bigger lads around him with his bravery and knows all the technical stuff that Rassie likes to dish out.

Rassie knows the limitations and potential of every player because he is a true student of the game. He knows that Pollard is actually a center who can kick well, so that allows him to play him as an additional crash ball center and bring in a distributor like Le Roux to get the outside backs away. Playing Pollard in the midfield keeps defenses honest and forces personnel commitments to counter him and De Allende making yards up the middle.

Test rugby is about three things: find/create space, exploit that space with sustained pressure, and score the points on offer.

There’s little room for risk because every top-tier team is on par with regards to rugby theory and player conditioning, so you choose where to gamble. Rassie rolls the dice on defense with that outside/inside rush designed to stop play as quick as possible. You can do that when you have ball-stealing skills across the park and fit enough players to do the cover work.

South Africa kicks for territory and trusts its defensive structures to get the ball back, or the cover tacklers to stop a break before it gets to the attacking third. It’s not pretty rugby, but what else do you do when your best players like PSDT, Malcolm Marx, De Allende, Vermeulen and Kitshoff all have the same ball stealing kills in spades?

New Zealand will run Beauden at you all day because he is their best player and that’s what he does. Alun Wyn Jones is one of the hardest working players in world rugby and the Welsh team is built around a culture of hard graft. Team sport is all about maximizing your advantages and in a professional era when all top teams are effectively equal, those advantages are the other-worldly skills that make your star players special.

Rassie brought things back to basics and built a game plan that embraced the unique pool of players he has access to. Kolisi can shoulder the burden of being a public figure while also putting in a good shift on the park. The team oozes with South African tenacity and bravery. The players come from every walk of South African life. You have an immigrant, a gifted black kid who was plucked from the township, players who came through the university system, players who progressed through the amateur system, “breekers” who like a good fight and couple of coloured kids from Kylemore and Eersterus.

Every South African stereotype is accounted for and has its role and I thank Rassie Erasmus for getting us to this point. When the Springboks take the field against England, it won’t be a pretty game, but it will be a game plan built on the strengths of our country. A showcase of our national identity. We have an identity again. Thank you Rassie. 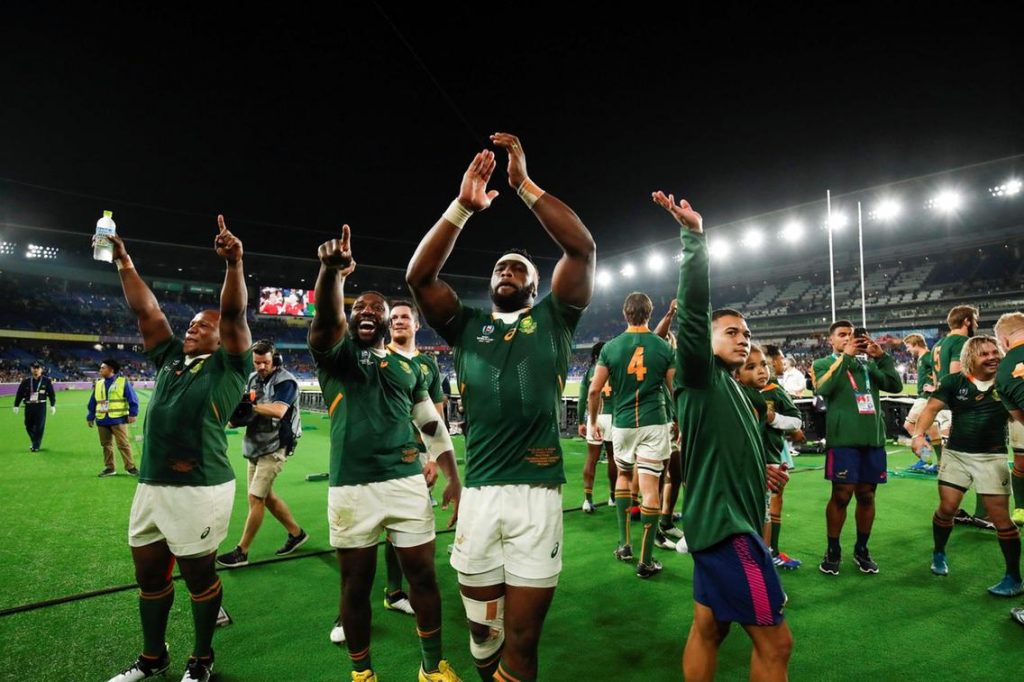