Okay, I understand that Taylor Swift did a big thing by advocating for the LGBTQ community in the lyrics and music video for Calm Down. With majority of her fandom in the country-loving community it was a bigger deal than she gets credit for.

But that grand gesture doesn’t make her 2019 music any less boring.

In an era where media platforms are more accessible and we’re getting a more diverse breed of entertainers breaking into the mainstream, the media machines don’t work so well anymore. Lizzo, for instance, finally broke through this year with a refreshingly unique image, backstory and sound.

I choose Lizzo’s Cuz I Love You as the antithesis to Taylor Swift’s Lover (released today) primarily because both albums feature cover art of the respective artist. Whereas Lizzo decided to go naked, rolls and all on her cover, Swift opted for the more demure with shades of pop classics like Teenage Dream and Rainbow. 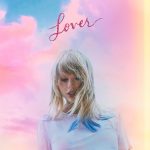 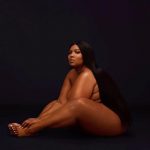 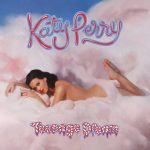 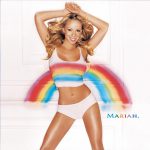 I’ve listened to the album once in its entirety and that was more than enough. I don’t quite understand why Swift would retread a more traditional pop sonic landscape after departing from that path so completely on Reputation. I’m a longtime Swift fan who will happily belt out a pitch accurate You Belong With Me at a karaoke, so I have a fair idea of her musical development over the course of her career.

And that’s the problem: Swift has always propelled pop music forward, challenging the assumptions and palate of her fan base. She’s a trend setter and has in the past dictated the musical choices of many record labels as they try and capitalise on the appetite for a particular sound. I don’t think we’ll see too many Lover clones over the next year, so I having a unique sonic signature is a thing, right?

Obviously the massive Taylor Swift fan base will see this album chart, no matter how poorly it is received. That’s just the appeal of her brand. And the fans are more than welcome to celebrate something that I find to be very bland.

The same criticism can be directed at P!nk and Katy Perry who have both also delivered a good number of forgettable, generic pop standards that can’t seem to find a consistent place on the genre’s vanguard. I’m sure their respective producers were all confident of the hit making power of their recent records, but Swift and her fellow pop divas are seemingly playing it safe in an age where genre risk taking is available for free and in endless supply.

Where does Small Talk and ME! fit in a world of Old Town Road and Bad Guy? Not at the top of the charts, that’s become quite apparent. The kids dig different things now and the genre boxes are broken. You could pull a Beyonce and steer directly into the heritage that you’re trying to honour in the music or you have to span a full range of niche interests just to get attention.

My point is that there isn’t much room for safe anymore. And, as my personal favourite artist Chance the Rapper discovered with his disappointing 2019 release, sometimes you need to break out of your bubble and accept creative input from external sources. It’s easy for someone to put out something personal and unique on Soundcloud or free distribution channel because there’s no fear. When you’re supporting an entire industry on the success of your music then maybe you should test your personal ideas first, especially when you’ve been supported by an army of unnamed musicians and producers on your previous projects.

Kanye West remains my last hope for a good album from a known artist in 2019. Whether or not Yandhi makes it out as anything remotely similar to the encouraging leaks is another thing. Guess I’ll have to spin that Lizzo record a few more times, then.