What a yawnfest. The biggest problem with modern day gadget coverage is that the leaks spoil the surprise. This was not the case with Samsung’s Galaxy Note 10 Unpacked event. There’s just not much to get overly excited about. Galaxy Note used to symbolise the most phone: the most screen, the most features and the most hardware. OnePlus currently has the most screen with the 90Hz refresh rate and Sony is rocking 4K resolution. LG has the quad DAC and boombox speaker as well as secure face unlock. There are phones that smoke this device for hardware performance. But I’m getting ahead of myself, here are my highlights:

1. Boring can be beautiful

I covet the smaller Note 10. If you’ve read some of my stuff before, that shouldn’t be a surprise. Look, smaller phones just feel more natural in my hand and I don’t like carrying too much extra baggage. Anyway, the glass and now stainless steel (shout out to the iPhone X) sandwich design is nicely squared off at the top and bottom ends which means this phone will probably be able to stand on its own. Bonus points, then. 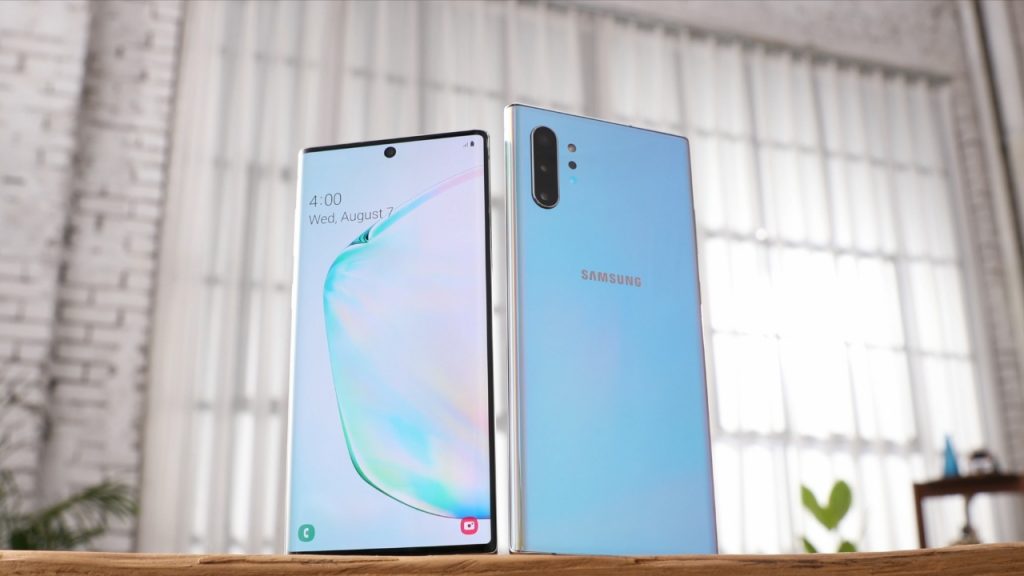 Samsung did its signature curve to the side edges and there seems to very little perceptible bezel. That also means very little room to rest your fingers and while the miss touch rejection has become better over time, I reckon there’ll be a good couple of phantom inputs on that gorgeous screen.

They’ve trimmed down the aperture of the camera hole – an incredible engineering feat that shouldn’t go unnoticed – and retained the ultrasonic under display fingerprint sensor from the S10 and S10+. It’s effectively an S10+ with a stylus and no headphone jack, among other omissions.

There are two variants this year, a 6,3-inch screen Note 10 and a 6,8-inch screen Note 10+. I haven’t counted the 5G variant because you should probably hold off on that until next year, at least. My favourite right now is the Note 10 standard because it’s 2mm taller and wider than my current Galaxy S10, but getting that would come at a cost of features.

The littler one doesn’t have an SD card slot, which isn’t a problem because the base storage is 256GB, but still. This is a NOTE device, it should have everything. You also don’t get the Time-of-Flight depth sensor on the smaller device, which doesn’t make it particularly future proof. And that beautiful screen is only 1080p on the baby Note 10, not even 1440p to make that Dynamic Amoled really pop.

Don’t get it twisted, the Galaxy S10 cameras are very capable, it’s just not as good as what’s coming from Huawei and Google right now. Samsung is falling behind the competition while brands like LG and OnePlus are catching them. Live Focus (portrait mode) video effect is something the LG G8s ThinQ and Huawei P30 can do. Night Mode for low-light photography is also better on the Huawei and matched by the LG. A ToF depth sensor on the back isn’t a new thing and I would’ve expected the Note to go ToF on the front too to keep pace with Google’s lean towards gestures and face unlock.

Note 10 buyers will be sitting without some of the key features of Android Q within 60 days of taking delivery and that is not okay. Samsung used to innovate and Google used to steal the gimmicks to improve Android. Note 10 removes more features than it adds and that’s sad.

I LOVE the new focus on software that truly sets Samsung devices apart from the rest. DeX is my primary computing interface and I am not ashamed to say it. Our smartphones are powerful enough to be our main computers and cameras and being able to connect a Galaxy device to a display and full-sized peripherals is awesome.

The main DeX enhancements come in the shape of USB connectivity to a Mac or PC. Emulating DeX on your existing laptop is an interesting play because it kills the need for a bridging device like the Galaxy Tab S6, but whatevs. I’m just happy that Samsung is leaning into my favourite piece of software and that it should mean more development in the future.

Manufacturers will usually clear out other announcements before the big keynote to leave more room for the main product in the runtime. Samsung unveiled the Galaxy Tab S6 and the Galaxy Watch Active 2 in the weeks leading up to Unpacked, but still inserted segments in the keynote dedicated to these devices. Yes, the Under Armour collaboration on a special version of the Watch Active 2 makes me very happy – and will probably sway me to buy that if I ever upgrade my smartwatch – but it seemed like an odd ad break that disrupted the flow.

Tab S6 also got a shout out in the same keynote that pretty much made it obsolete. My read is that there was obviously not enough Note 10 innovations to talk about so they had to pad the runtime to make the big surprises more impactful.

7. The true star of the show

Samsung executives made no mention of the word “Android” or even referenced Google in the presentations. But Microsoft CEO Satya Nadella was welcomed on stage to wax lyrical about partnerships in his usual vague way. He didn’t drop his signature phrase “Azure” though, and that made me a little sad.

Microsoft being in bed with Samsung isn’t news, but the CEO going on stage after a proper (sorry HP, this event is a lot more high profile) announcement of a Windows 10 ARM laptop – Galaxy Book S – speaks volumes about the intention. MS missed the mobile boat and now is pivoting to a services company that powers the biggest smartphone vendor on the planet. 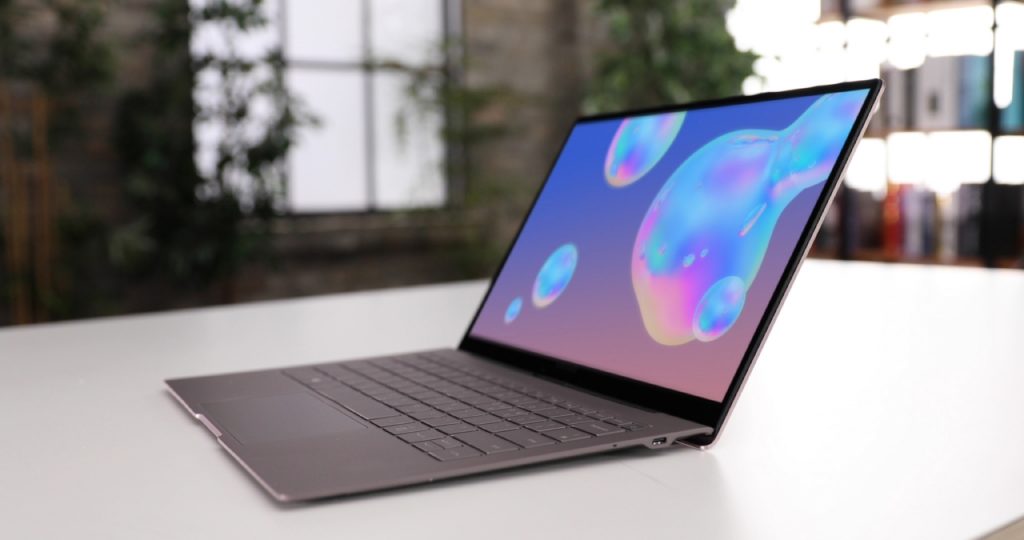 I wouldn’t be surprised to see Samsung move all of its services from AWS to Azure (Microsoft Cloud). I’m also not surprised that Samsung is putting distance between itself and Google. And I am patiently waiting for my Office 365 account and 1TB OneDrive storage to be fully integrated into my Samsung account and associated cloud storage.

We’ll find out in the coming months whether Samsung will bless South Africa with the Galaxy Book S and I will desperately move heaven and earth to get that review to you because 23 hours on a charge for a full-powered Windows 10 machine is the only way us PC people can get a leg up on the Macs.

Samsung was also mum on any further development to the Adobe Premiere Rush partnership, even including an unbranded video editor into its software. There were no Fortnite announcements either, which was a bit of a blessing actually. Zero mention of the Galaxy Home speaker or the future of the Bixby platform. 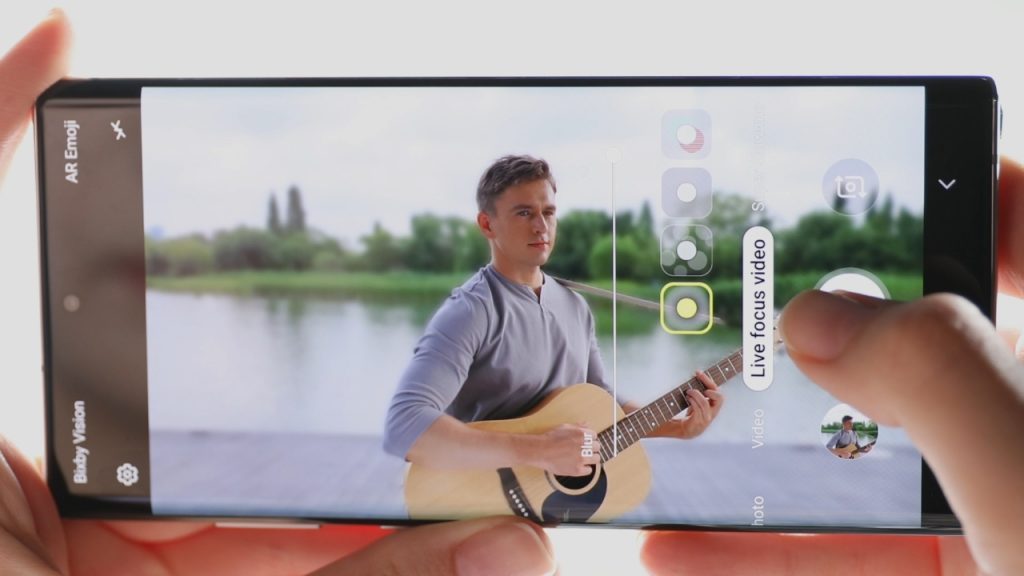 But let’s circle back to the headphone jack omission. Awesome for digging into LG’s bag of discarded features to find the microphone zoom functionality, but then without explicitly mentioning the quality of the mics the announcement seems a bit sketchy. LG at least backed up the forgotten V20 feature with high-end microphones. But for more professional content creation the best way to capture audio is via an external source, like a plug-in mic. Samsung still allows USB audio recording, but simply leaving the headphone jack in place makes things a lot easier for content creators, just saying. 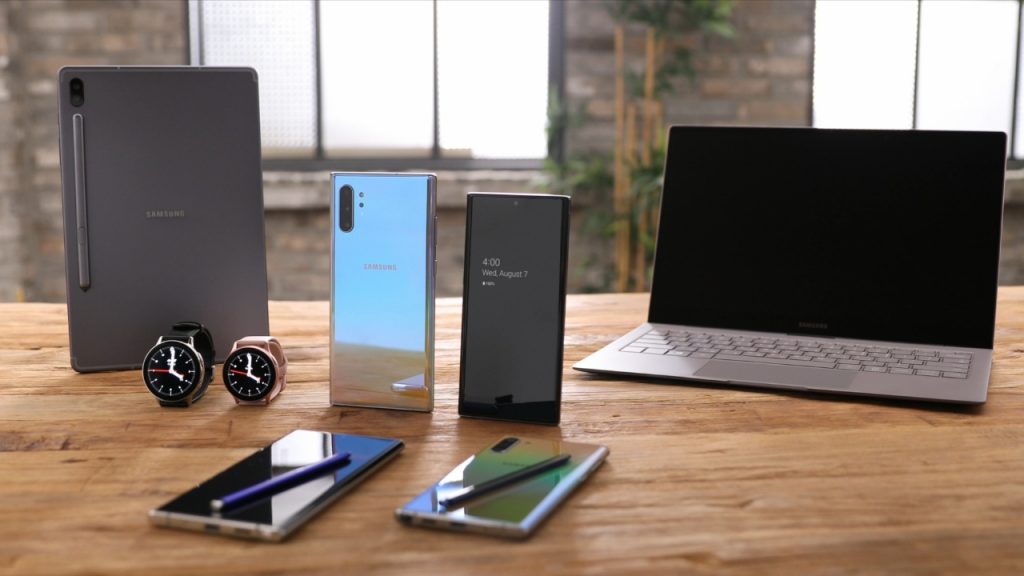 In brief: Samsung Galaxy Note 10 is an iterative update that loses a headphone jack and beefs up the power. We’ll probably only see real smartphone innovation in 2020 after Qualcomm puts out its new processors. Galaxy Book S is the real McCoy when it comes to super fast Windows computing and we should all be excited for it.