This is the finest smartphone on the market right now. From its industry-leading display to its pearlescent back, I kinda feel sad for the other Android phone makers. Yes, I said Android phones and didn’t make a comparison with the iPhone. There’ll be plenty of time for that later. For now, let’s focus on the Android problems that Samsung fixed with the S10 family. 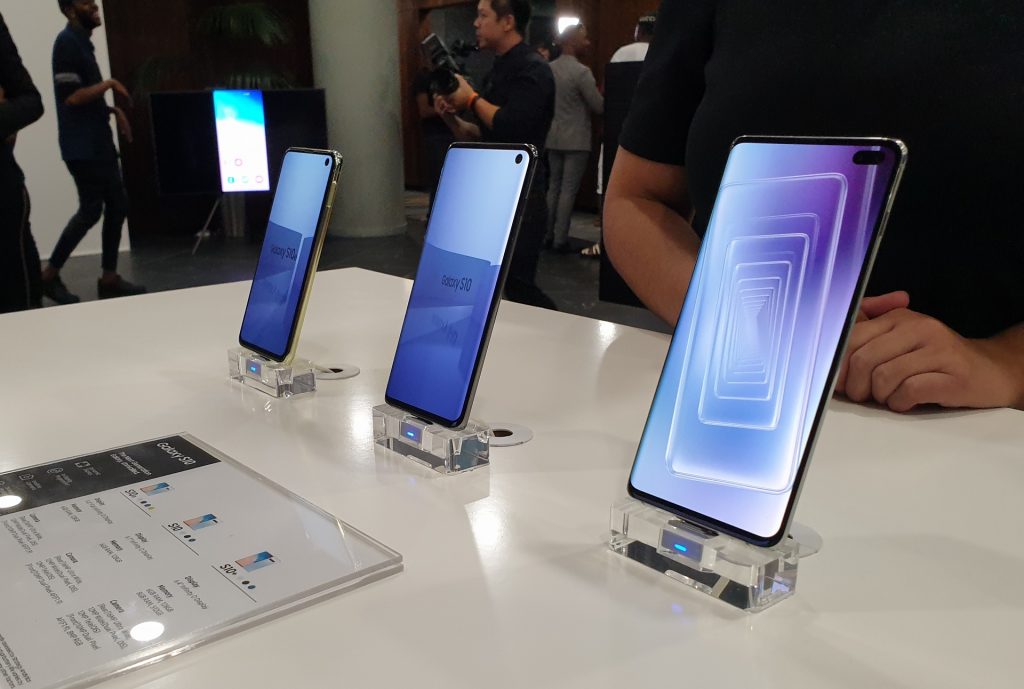 I knew it would be good, but I didn’t know it would be this good. Samsung said on stage at the S10 launch that these AMOLED (active-matrix organic light-emitting diodes) panels are the most colour-accurate displays ever on a mobile phone. It seems they sold it a bit short. In “natural” mode – there are two screen settings and the phone is on Vivid by default – DisplayMate found the S10 screen to be “visually indistinguishable from perfect.” If the marketing message about your device is all about the screen then that result is a good thing. 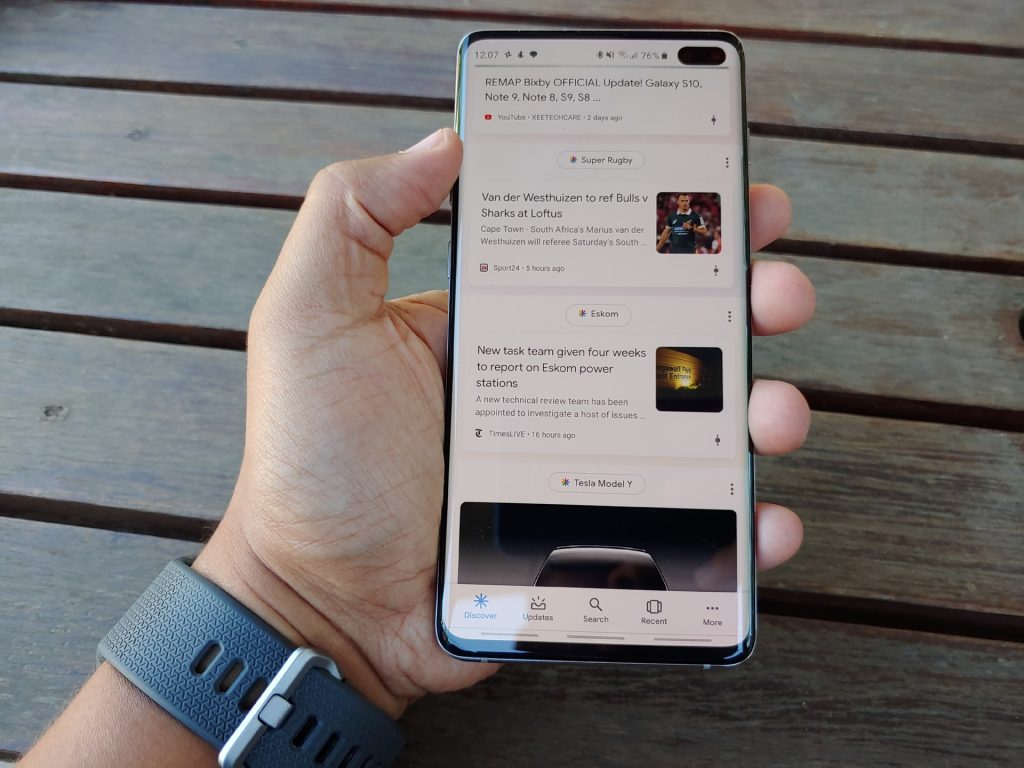 And that’s still before we get to the engineering achievement of cutting a hole into an active OLED display. Oh, and putting the proximity sensor underneath the screen. This is the best display ever released on a consumer device, period. Beating the iPhone X for colour accuracy was all Samsung could’ve hoped for and hopefully, these phones can rid the company of that cartoonish colour stigma forever. In a world where its closest competitor when it comes to display technology cannot seem to ship a colour-calibrated premium phone screen, this is a big win. 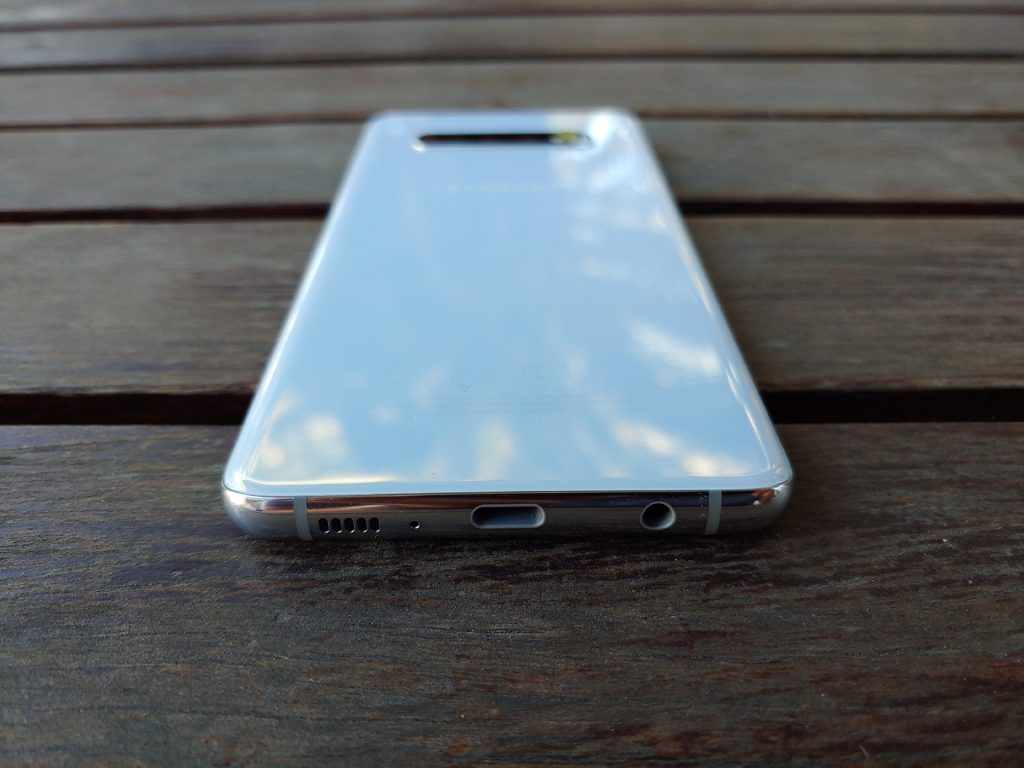 Samsung continues its evolution from the try-hard company that peddled meaningless gimmicks into a sophisticated and thoughtful industry leader with the One UI interpretation of Android. They say the changes made to Android 9.0 make it easier to use a big phone. While that is true, I think Samsung has once again added meaningful improvements to the Android platform that will be adopted just like its notification area quick toggles were appropriated by Google in the past.

One UI is the lightweight and intuitive version of Android I’ve always wanted from Samsung, now if only Huawei could take notes. It’s fast and responsive and free from some of the graphical flourishes that tarnished TouchWiz, but the iconography has taken a cartoonish step backwards from the more refined elements of Grace and Samsung Experience. 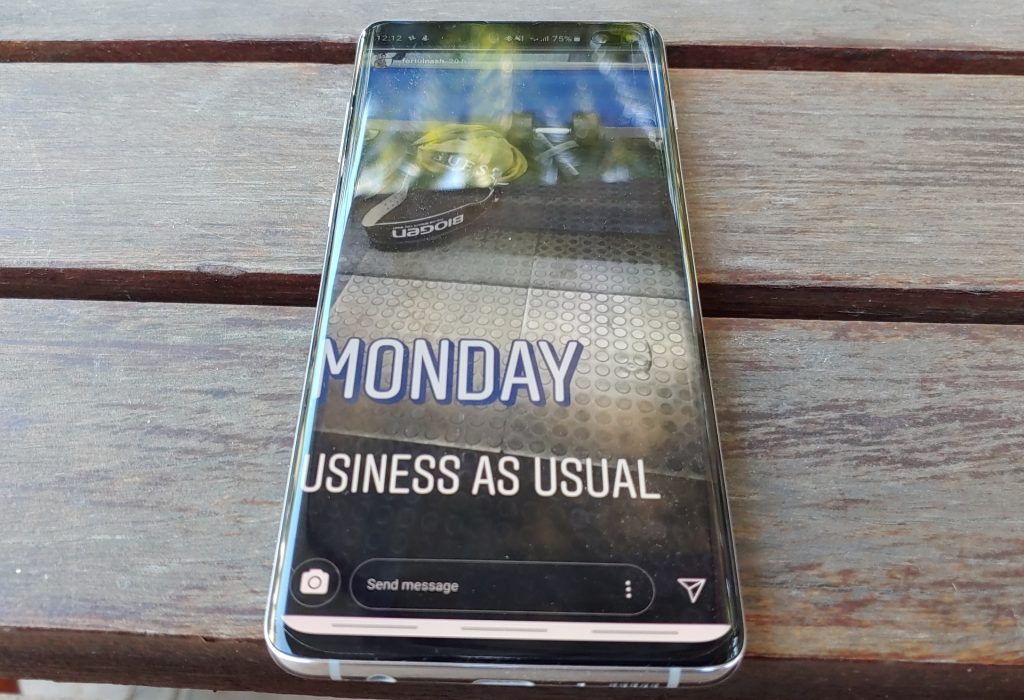 Instagram, or, more specifically, Instagram Stories works better on the S10 than on other droids with screen ratios and the app is also tightly integrated into the stock camera and gallery app. When you consider the Spotify integration into the music app then the Samsung software package is a real treat for users who are invested in those platforms.

We’re still going to have the same old power disparity between the US variant’s Qualcomm Snapdragon 855 and the rest of the world’s Exynos 9820, but in certain areas, the Samsung chip is head and shoulders above all other Android devices. Synthetic benchmarks place the single core performance at least 10 per cent above Qualcomm’s latest offering. Where the Snapdragon hits back is in power efficiency (I’m chalking that up to 7nm process vs Samsung’s 8nm process) and graphics performance. Adreno GPUs have held the upper hand over the Mali units for a good couple of years now.

Battery life has been fine with screen-on time landing between five and six-and-a-half hours without any power-saving modes engaged. I consistently make it to 10 PM with about 20 per cent charge left from 5 AM starts.

The @SamsungMobileSA Galaxy S10+ is the first handset from this manufacturer to comfortably pass 6 hours of screen-on time. Exynos 9820 is a significant step up in efficiency over its lackluster predecessor. #GalaxyS10Plus pic.twitter.com/JkHmGiUqMW

Adding an actual neural processing unit (NPU) to the SoC was an inevitable move given the performance benefits seen in Huawei’s premium devices and Apple’s latest iPhones. This on-device hardware acceleration gives Samsung the flexibility to now do more things on-device without needing to run things by the cloud and it really shows. The S10 is noticeably faster than the Galaxy Note 9, but that could also be because of the 2GB extra RAM (my S10+ is of the 128GB storage and 8GB RAM flavour).

But as computing moves to the edge – localised on your device – NPUs will become more important, that’s why I migrated my wife to a Bionic processor as soon as Apple announced it. Huawei pioneered it on Android but Samsung has better support from developers and better software right now and a broader footprint, so I’m giving the benefit of the doubt to the Koreans. 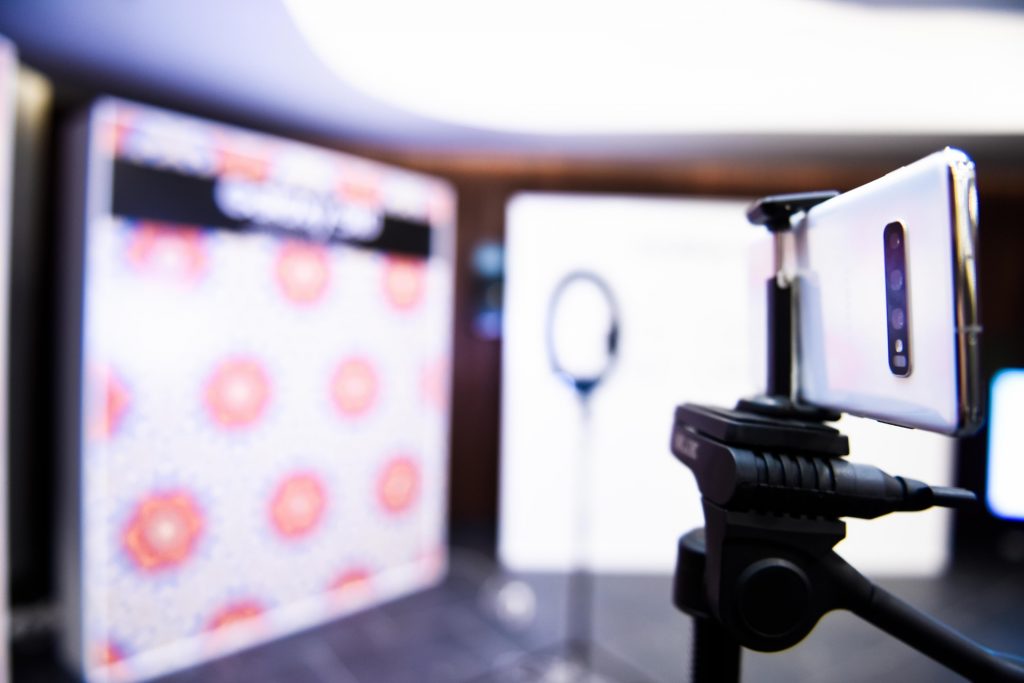 This is another area where Huawei is by far the industry leader and will probably reclaim that spot with the P30 launching later this month. However, whereas in the past Huawei was focused on the traditional photographic values of incredible hardware, the Mate 20 Pro was a sideways step into an AI-driven software approach that offers little above mediocre when you switch the robot assistance off. Gone is the subtle charms of the monochrome sensor to add highlights and texture details. Samsung fell just short of adopting a similar approach and its a very good thing. 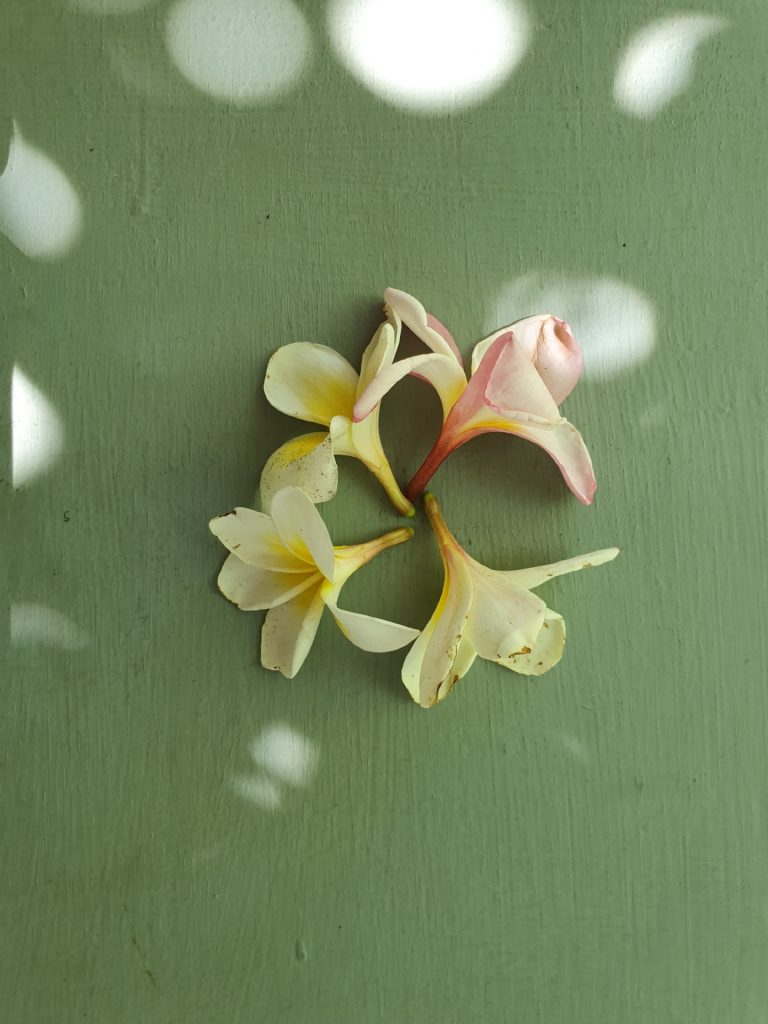 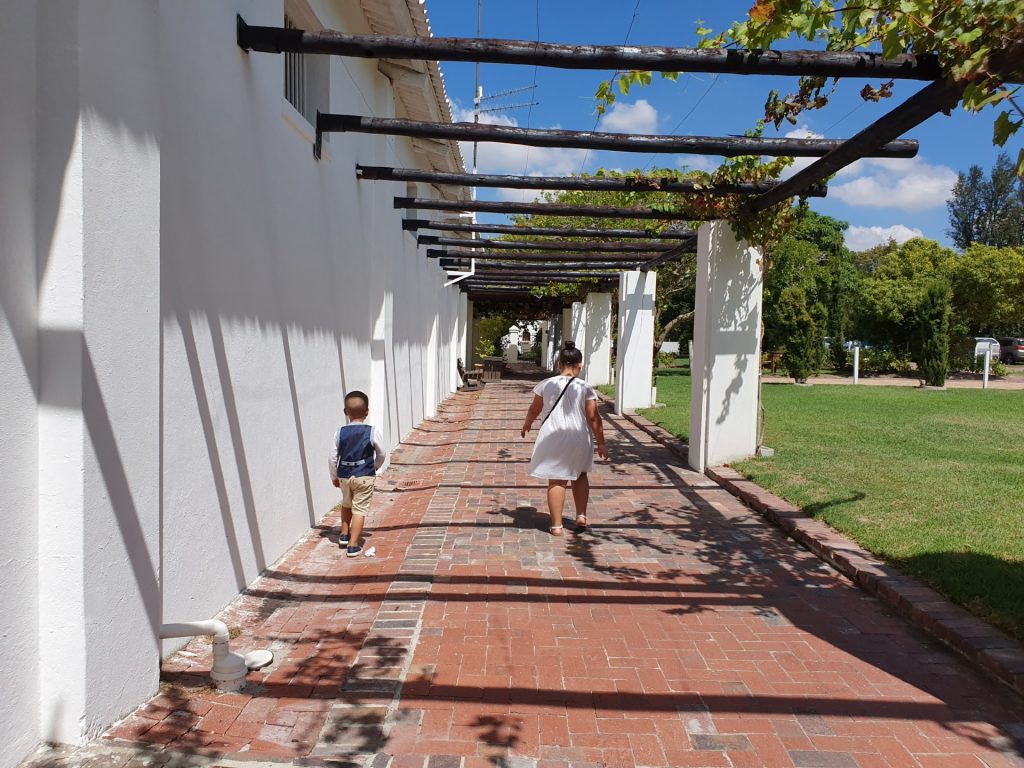 While the scene optimiser works faster and can recognise more, erm… scenes, switching off the AI assist leaves you with some of the best hardware in the game. The variable aperture really shines in harsh daylight conditions and although Samsung still lags behind the software approach to low-light photography (there is an AI-controlled bright night auto mode available, but it’s quite bad) the f/1.5 aperture and image stacking does still deliver useful results when the lights go out. 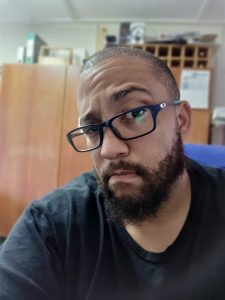 The real heroes here are the upgraded selfie camera (now a 10MP, 4K-capable unit) and video capture. Bizarrely the “wide-angle” view offers the higher resolution when snapping stills – the tighter shot is a crop of the sensor, the secondary 8MP camera is there for depth sensing – and the quality is a significant step above the competition right now. On video from the main camera, I think the processing is significantly improved and the super steady mode brings GoPro levels of stabilisation, albeit with the fixed-focus wide-angle lens – the footage crops in on the sensor and uses the unframed area and accelerometers to predict the stabilisation needed, really impressive. 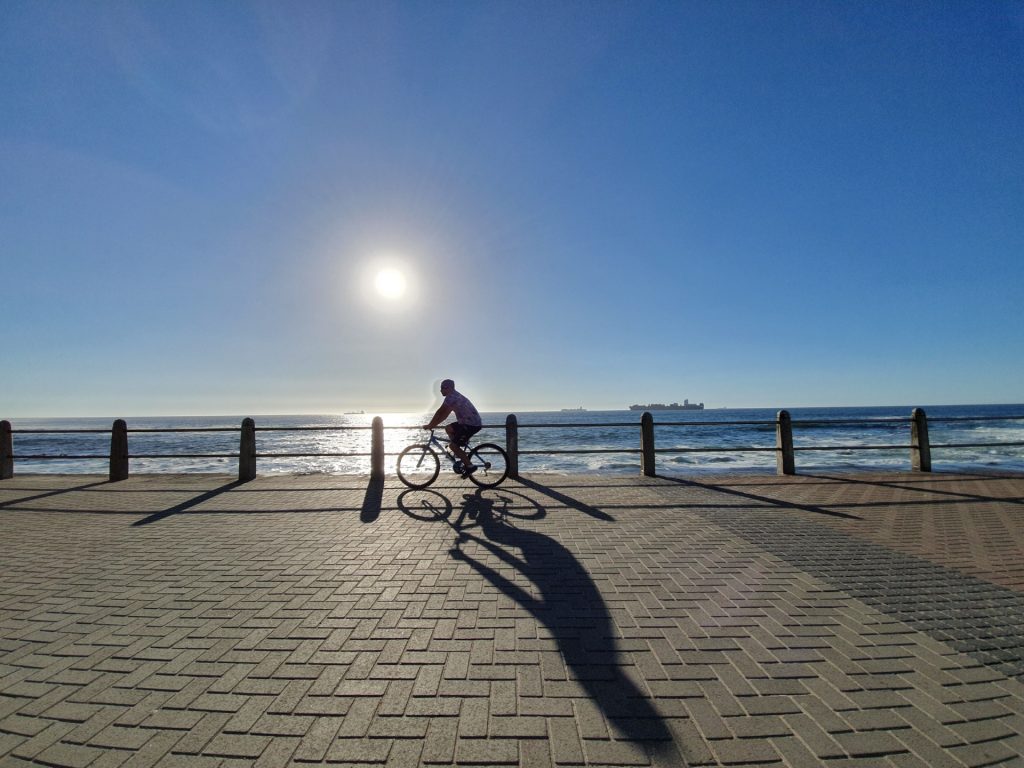 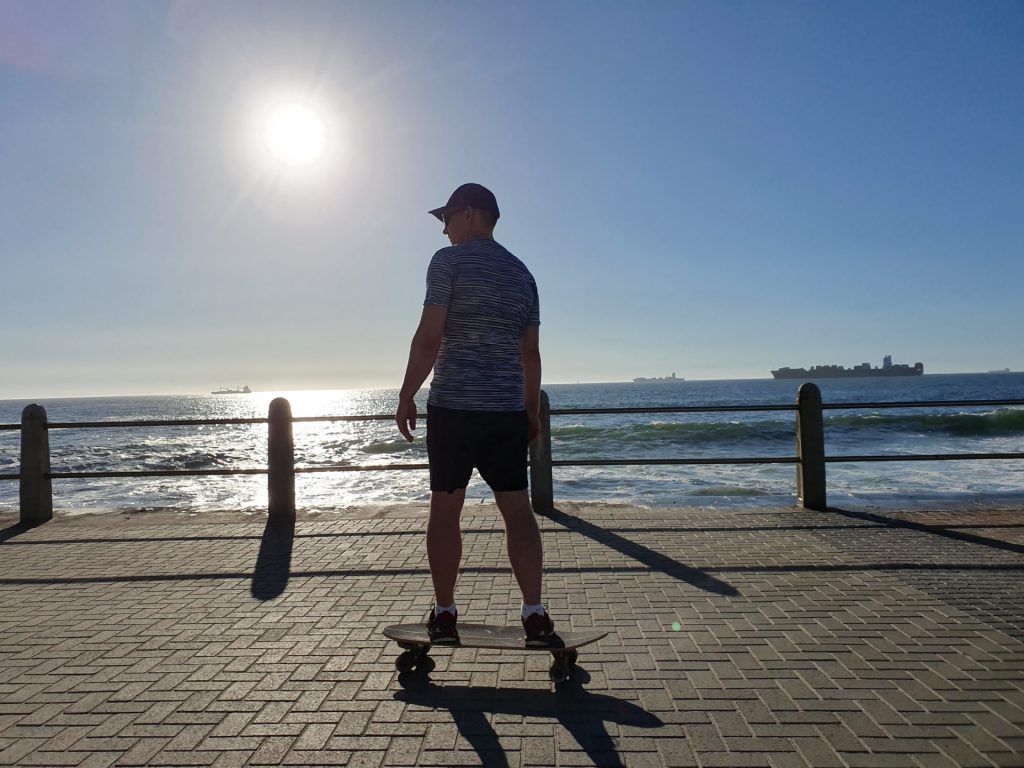 Samsung has also included a wide-angle camera to the main array with a 123-degree field of view (significantly wider than what LG serves up). Galaxy S10e owners will lose the telephoto lens in favour of this new camera, but I promise it’s more useful. This also means Live Focus (portrait mode) shifts to the main camera which makes it less suitable for capturing portraits of faces but does now more readily lend itself more easily to capturing non-human subjects. 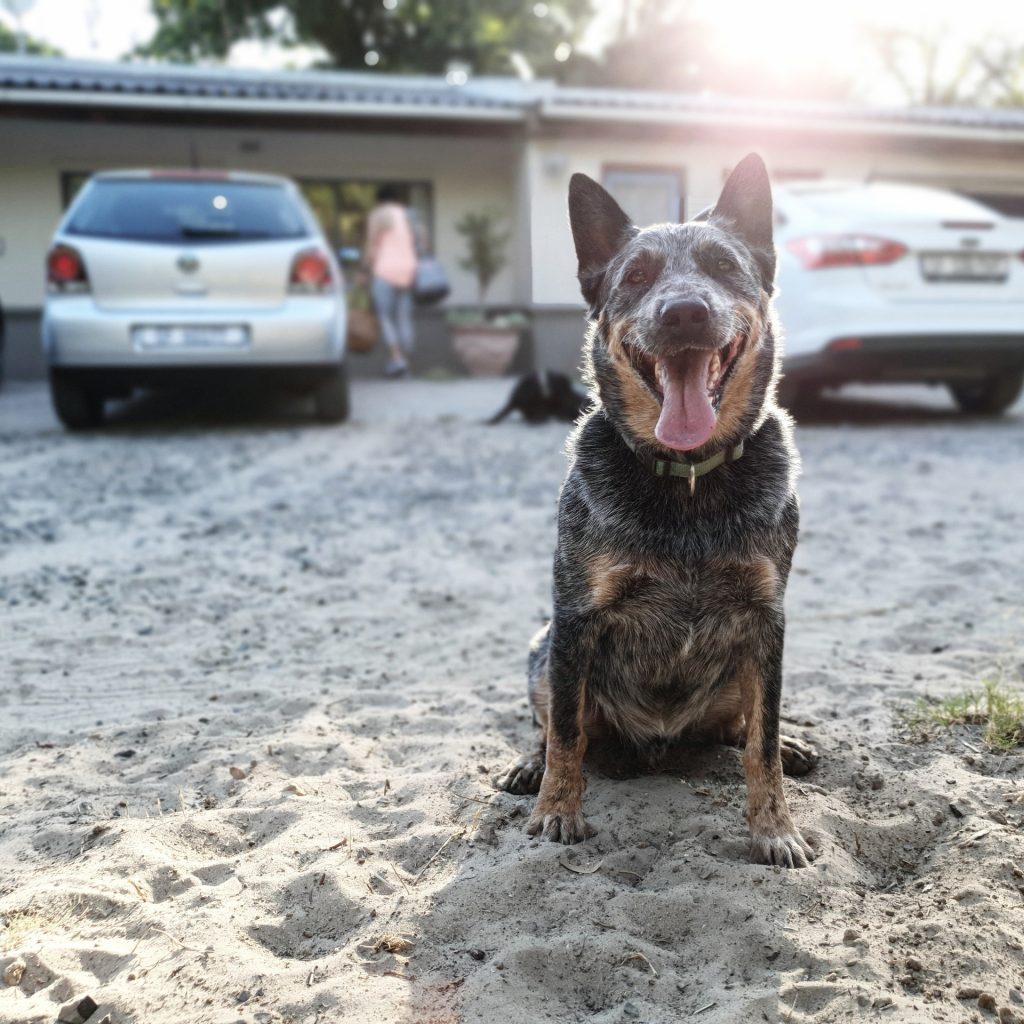 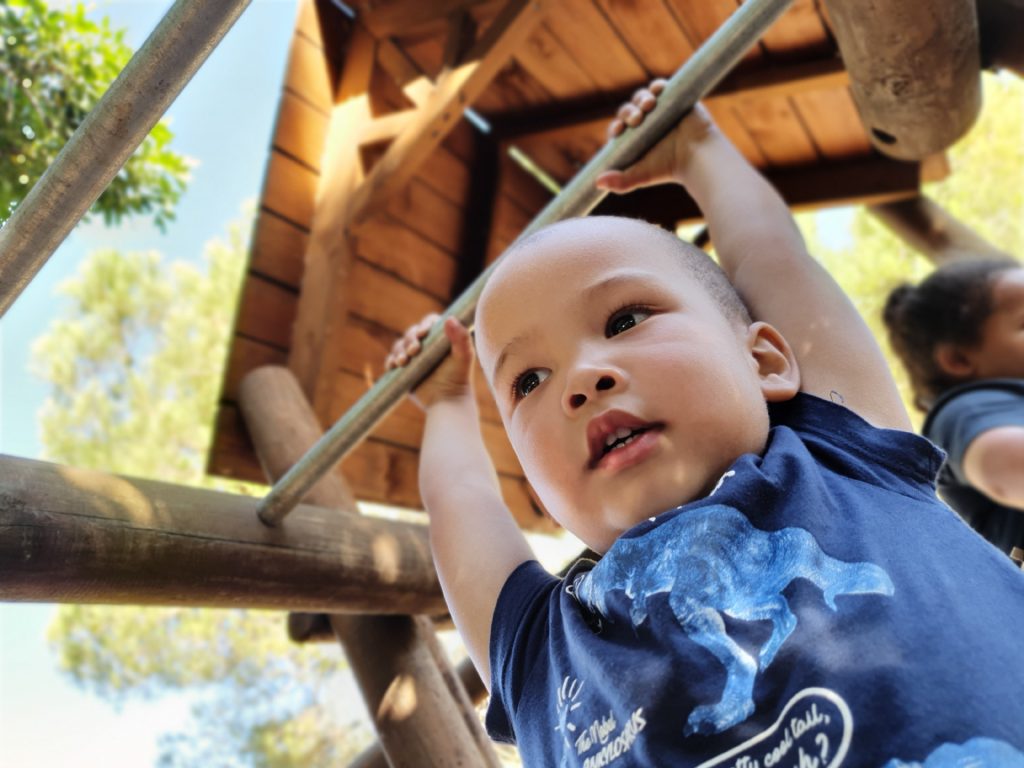 Apple invested a ton in FaceID and making it as secure as possible. I’m a bit sad that Samsung has abandoned the more secure iris scanner for a fully camera-based face unlock which I was able to spoof with one of my YouTube videos, the ultrasonic fingerprint sensor is almost magic. The biggest problem I have with fingerprint sensors is using it when my hands are wet or dirty and this solution solves it completely. yes, the sensor isn’t that big and can be a bit finicky, but I’ve found it to be near 90 per cent reliable. 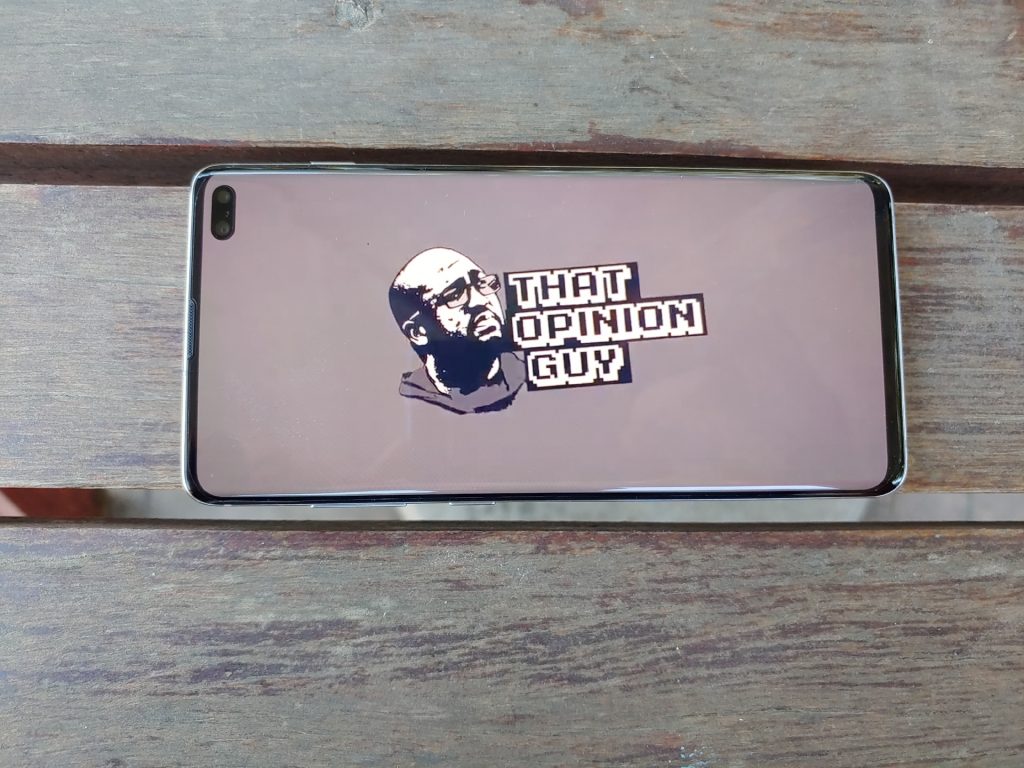 A cut out from the screen is a notch, no matter what the marketing says. That hole-punch also shifts the status bar info to the left and ups the size of the status area significantly in some apps. Games give the device an especially large forehead. I quickly got used to the camera cut-out, but all I ask for is symmetry.

Samsung buried most of its palm-rejection issues on the Note 9 – although a lot of that was down to my increased use of the S-pen – but the S10’s minimal bezels has reanimated the phantom touch corpses. It’s just physics, though: when your phone is all screen, there’s very little room to put your fingers when holding the device.

The One UI gesture navigation work well, except if you use the home screen shortcut for Samsung Pay because the swipe up gesture for Google Assistant and bringing up your card is the same. You can also hide the little lines that tell you where the gestures are to get an even more immersive experience, but then lose the slick task-switching slider and the UI sometimes doesn’t interpret your swipes as the correct actions when in apps like Instagram. Google still has work to do on Android gestures.

Thermal management has always been an issue with the Galaxy S product line – not as bad as the Note 7 fiasco, though – and the S10 Plus is no different. When you drive the phone hard, the frame will get warm to the touch. This is what you want, though, because it means that the vapour chamber is doing its job of getting heat away from the processor and battery. I haven’t had any overheating warnings yet, commonplace on Galaxy S8 and S9, but thought it was worth mentioning. 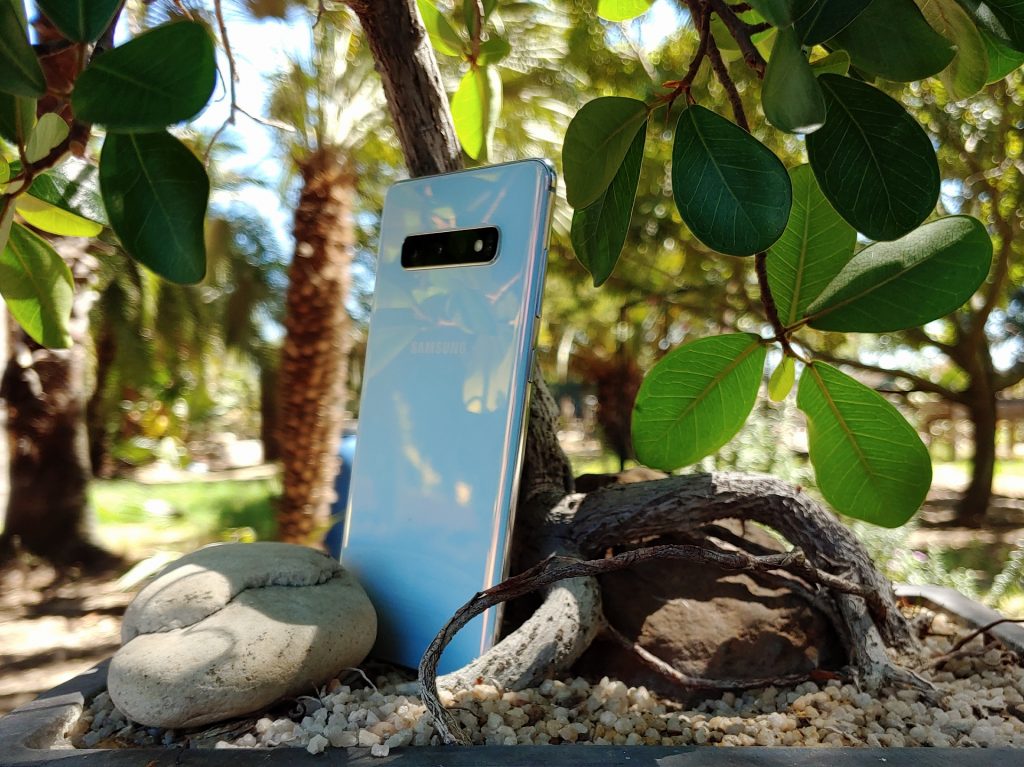 The smartphone market has matured to a point where it isn’t necessary to get the latest and greatest. Niche interests have also become an important consideration, hence the rise of the gaming phones, that Samsung has been historically slow at reacting to. Galaxy devices are Jack-of-all-trade smartphones and the S10+ is the best one so far. An ample battery, incredible screen, powerful internals and fantastic cameras can be all things to all people.

Cramming that much tech into such an elegant handset comes at a cost, though. My review device retails for R21 000 (I also claimed my free Galaxy Buds and R500 case voucher as part of the pre-order deal). That’s a lot of money to spend on a phone. If it truly is your primary computer, camera and entertainment device, then definitely get one if your budget allows. We’ve seen what’s coming in the first half of 2019 from the other manufacturers and none of those adds up to the Galaxy S10 package. 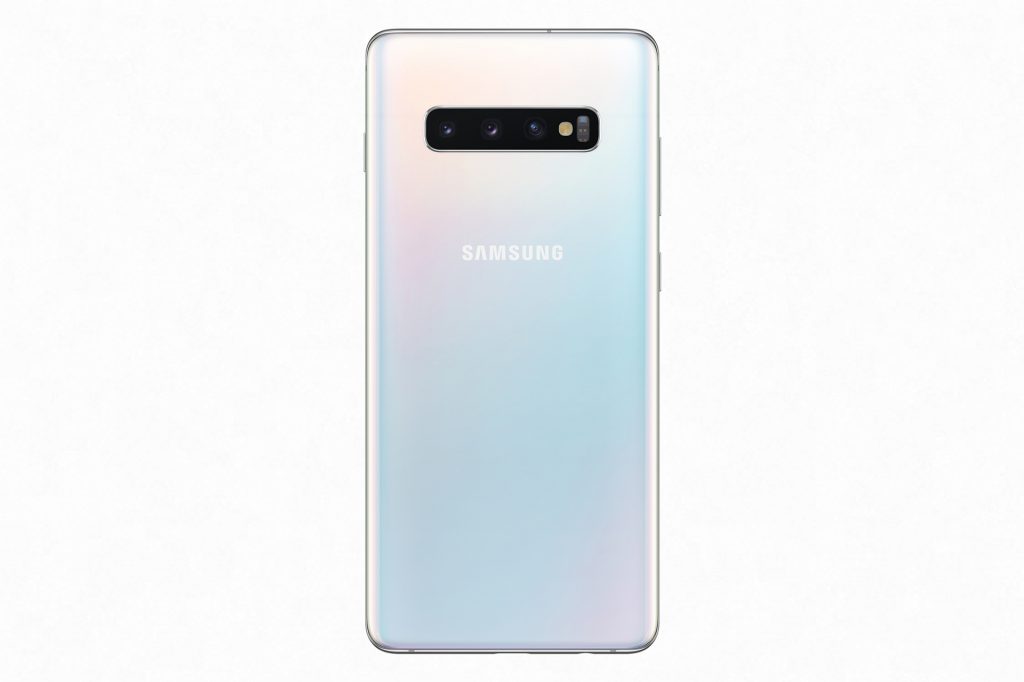 Samsung has found its identity as a smartphone manufacturer and has built out a well-established Galaxy device ecosystem with a range of wearables and software solutions. Samsung Pay alone is a compelling enough argument to recommend a Galaxy smartphone. DeX makes it easier to justify purchasing a high-end smartphone over a combination of mid-range laptop and phone for a big section of the consumer market.

In a world of nearly infinite choice at varying price options, Samsung has released a singular device to cater to all of your needs. It’s become a cliche to call the Galaxy S the iPhone of the Android market, but S10 really is exactly that in a totally unique Samsung way. And that is turning out to be a good thing.