If you love gadgets, specifically tiny supercomputers you can fit in your pocket, then 2019 is a great year to be alive. Ubiquitous on-device AI, all of the RAM, folding phones and phones for phones. We’ve seen it all and it isn’t even quarter two yet. Let’s jump into what I think the biggest announcements are so far.

I fondled the Samsung Galaxy Fold at the Unpacked event and couldn’t believe that the development was so close to consumer ready. And then Sunday happened and Huawei completely ruined my life. You see, the book fold method Samsung uses separates the two screens into phone and tablet. The Huawei Mate X is a single device that unfolds in breathtaking fashion. Like seriously, I needed a quiet moment to contemplate my existence.

Listen, I’m a tablet user. I also have a wireless keyboard as part of my EDC so that I can write amazing prose like this on the go. Hyper-mobile computing is my bag. I should be the perfect use case for these multi-modal devices, but I simply cannot bring myself to imagine it working out for consumers.

Samsung has been eerily quiet about DeX and how it works on the Galaxy Fold, and that’s the best software swing a smartphone manufacturer is taking to get around the “Google doesn’t care about tablets” problem. Huawei one the other hand doesn’t have a good software record at all. Sexy hardware? For sure. I mean, have you seen this Mate X? Bottom line: these are incredible feats of engineering, but even if I had the money I’d still get a phone and a separate tablet for now.

Remember when I used to praise the Huawei Leica camera system for its subtle details and textures? That all changed when the Mate 20 Pro ditched the monochrome camera for a ham-fisted integration of a wide-angle lens – three taps to get to the lens you want is ridiculous. Enter the Nokia 9 PureView and its three monochrome cameras in support of the two RGB lenses. All the same focal length, all the same aperture (f/1.8) and working in seamless harmony. Yes, it’s running on last year’s Qualcomm Snapdragon 845 that is not optimised for this kind of set-up, but the HMD did enlist the services of multi-camera specialists Light. 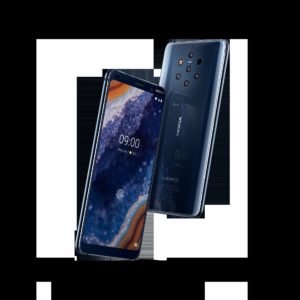 Monochrome sensors lack a Bayer filter, so they inherently capture more light and with each photo firing all five cameras you get a metric crap ton of data. This allows for some serious Raw files. Adobe (who also announced a vague Samsung partnership with the S10) was also in collaboration tow with special lens profiles in Lightroom. Oh, and you know how Apple was bragging about the “photographic blur” it applies in Portrait Mode? Yes, the iPhone XS and XR do a good job, but how about a depth map with some 1 200 focal planes? I’m genuinely excited about this camera system.

I’m an unabashed LG fanboy. Trust me, if the LG marketing team could get its act together, the brand would dominate. Unfortunately, the 2018 device strategy was a vanilla ABCD recipe (audio, battery, camera and display). LG does best when it goes wild. Last year was the tock to the boundary-pushing tick of 2017 and 2019 is nothing more than an aesthetic incremental iteration. Except now it has a camera that scans your veins and a screen that’s also a speaker. 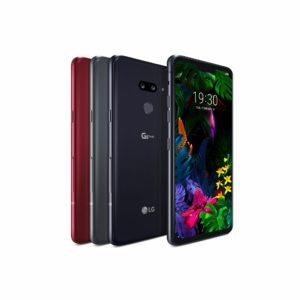 To be fair, G7 and V40 are excellent devices that just don’t get the recognition so not much was needed. No-one saw the haemoglobin sensor coming, though. Ditto for the glowing 5G logo on the V50 ThinQ. But back to the G8 ThinQ: a 6,1-inch OLED display, a piezo earpiece that vibrates the display, the Infineon Real3 image sensor front camera (which LG is calling Z-camera) and premium audio tuned by Meridian – including 32-bit quad DAC and boombox mode – are all here. The G8s ups the screen size to 6,5-inches and gains an extra rear camera for the full tele-wide-ultrawide array, as opposed to the wide and ultrawide combo on the standard G8. 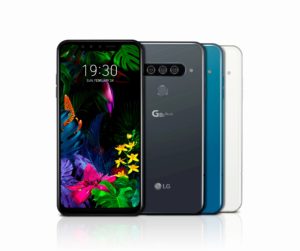 The business is that Time of Flight front-facing camera, though. Combining depth sensing and infrared makes for impressive spacial mapping. Oh, and I see LG just gave up on trying to develop a folding phone so it made a case with a secondary display for the V50. You shouldn’t be buying 5G phones for now anyway, so that’s fine. 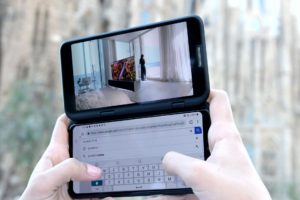 Truth is: the world needs an LG in full crazy mode. The Korean company hasn’t gone “rip the bottom part of your phone off” loopy, but it’s good enough.

A super-tall 21:9 display on the Sony Xperia 1 is one way to try and stand out. Qualcomm Snapdragon 855 internals and three cameras on the back, however, blends in with the rest of the flagships. Eye autofocus is another differentiating factor, as well as a 4K OLED panel. I’m just happy they ditched the eccentric curve on the XZ3 rear panel and moved the fingerprint sensor back to the power button.

I’m amused that one of the selling points the marketing team decided to lean into is vertical split-screen multitasking, which all of its Android competitors can already do. I’m intrigued by the “Creator Mode” and native 4K video editing, especially when names like CineAlta and BIONZ X are bandied about. The company also realised it has an entire mirrorless camera division and finally let the Alpha team tune the cameras – allegedly only as far as fiddling with the autofocus. A separate hardware camera key and 10fps continuous shooting round out the spec sheet, but since none of the demo devices was working at MWC we simply have to trust that Sony will deliver something in May. Classic Sony.