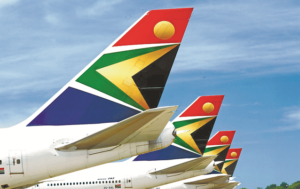 That’s not it, Chief

It seems the national carrier isn’t splitting up. In a Press statement on Monday SAA spokesperson Tlali Tlali explained the confusion around the perceived split up of the airline. In short, it’s an internal restructuring to bring about precision management practices. So route planning, for instance, will be split into a different business unit with its own manager and reporting structures in order to have a micro view of the business efficiency.

South African Federation of Trade Unions (SAFTU) General Secretary, and loser of the Cosatu game of thrones, Zwelinzima Vavi dismissed the move as adding another layer of bureaucracy. But in the same breath he also called for better accountability.

My business knowledge is quite limited, but I think that this rejiggering does allow for better accountability because there is no-where to hide. I’m disappointed that it’s not the unbundling that we all thought it was when the story first broke because that would’ve been a great pilot for the intended Eskom restructuring. 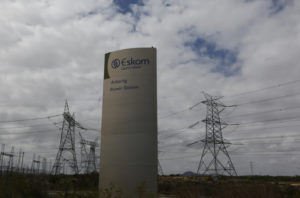 I believe that our state-owned enterprises should have some level of private involvement because it’s a lot easier to hold a legal sword of Damocles over a private operator than try and intimidate an entire portfolio committee. Eskom, for instance should rightly be split into the three parts that our president suggested in #SONA19. Generation should be given to the private entities so that we can have a little more competition and innovation in that sector. Government can then set up an ICASA-like arm and run the show like a venture capitalist because of It’s prior investments.

And, for the sake of our nation, stop construction on Medupi and Kusile. Stop the project. Fix what is broken and work with what exists. then go and get the money back from the people who sold you crap designs and funnel available resources into fixing the other broken power stations.

I don’t think there’ll be queues around the block to fix Eskom’s infrastructure mess, but I also think that the situation has been overstated. Why? Because how else would you explain the lack of load shedding after Cyril capitulated to the unions (sort of) by saying that there would be no privatization of Eskom. Our dear Mr President needs to draw a line between rallying voters and actually fixing a broken system. The unions were going to march on parliament any way. There will always be tension going into an election and in the face of policy adjustments.

The brave move would be to state the intention upfront and try and protect the jobs through partnership agreements with private industry. Getting the vote and then doing the inevitable after making early concessions is going to lead to potentially violent situation. It would be the same outcome if, by some miracle, an opposition party was voted into power and then made the sweeping changes needed.

We need open communication and hard facts right now. Pandering to a constituency is going to drag the entire country down the R400-billion black hole. 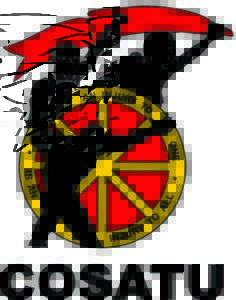 If you go down to parliament today you’re in for a poorly kept surprise. The protected protest seeks a moratorium on retrenchments in the private and public sectors, specifically in mining. Cosatu is also pissed off about the intended unbundling of Eskom.

I feel for the people facing job losses, but with the world shifting away from fossil fuels and other earth-bleeding practices there is undoubtedly going to be less demand for miners. South Africa is headed towards a Thatcher moment where the trade unions that Cyril helped put on the map are clashing more frequently with the onward march of industrial innovation.

We need less coal miners and more coders, and we don’t yet know what the coding jobs will be replaced with when the computers take over that job. Cosatu are in the same boat as the opposition parties without a big demon to fight. The unions made a lot of sense during the transition into democracy, but less sense in a country that needs private money to be sustainable. Our labour laws are quite good, but the union bosses are still proclaiming the apocalypse to the uninformed masses and enriching themselves.

I reiterate my point about needing to make hard decisions based on hard truths. Dialogue, not demonstration will solve this problem. 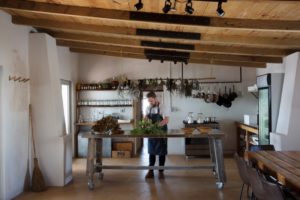 Impressively the restaurant employs Paternoster natives and the kitchen structure is quite flat, with little hierarchy. It’s refreshing to see the local community involved in gaining new skills. Paternoster is a fishing village specializing in crayfish, but I haven’t seen groot kreef come out of there in a good couple of years. Visiting the website won’t tell you much about the menu outside of its seasonal nature, but the sustainability initiative does point to a lot of foraged ingredients (read: seaweed, wild herbs) alongside venison and lamb. 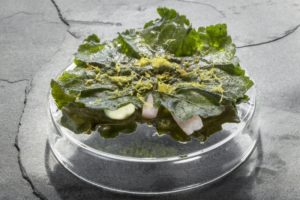 The only downside I can see here is that the 20 pax capacity means I’ll probably only eat there in 2022. Oh and I’m poor, so that R850 per person base price (add R550 pp for the optional drinks pairing) is another obstacle.