The iPhone isn’t selling as well as expected. Everybody panic. Actually, no. In the words of Tim Cook from his letter to Apple investors “There are more Apple devices being used than ever before…” More than 100 million Apple devices were activated in 2018 and revenue outside of of the iPhone business grew by over 18% year-on-year for the fourth quarter. Your fav device manufacturer would kill for these kind of problems. 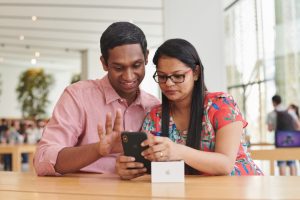 But I get why there’s the outcry and confusion: the iPhone has a cold.

Symptoms include lower than expected sales, higher than expected pricing and a general sense of stagnation that stems from a lack of “wow.” Welcome to 2019 folks, smartphones just aren’t that impressive anymore because they’ve been excellent since 2017. Samsung, for instance, put out the least compromising smartphone of all time last year (Galaxy Note 9) and it didn’t grab the same headlines as a Google’s Night Sight software camera trickery that it rolled out to Pixel devices.

Galaxy Note 9 will outsell Pixel 3, though. Why? Because people use phones for more than just taking pictures. And the Note camera is still one of the best on a smartphone. 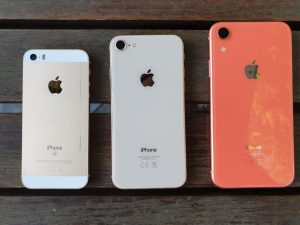 iPhone XR is, to me, the best iPhone ever produced and one of the best devices you can buy right now. But you probably shouldn’t buy it if you already have an iPhone X or and iPhone 8. Those devices are still excellent. You’re also better served replacing the battery on your iPhone 6s or SE if you still value a headphone jack, those devices are holding up well over time and iOS 12 breathed new life into them.

And that’s the biggest problem the iPhone is facing right now. Unlike any other smartphone manufacturer, buying a three or four year old device is still a viable prospect for most users. There’s also all the noise Apple makes about its commitment to device longevity. The company is caught between the rock of trying to make new sales and the hard place of caring for the environment. 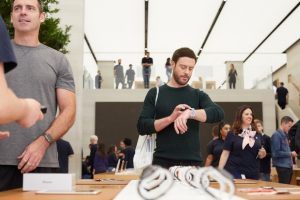 But let’s focus now on where the company made record business. AirPods and Apple Watch are the best selling wearables on the planet. That’s because they are excellent products. iPad is the only game in town if you’re looking for a reliable premium tablet experience that will last a couple of years (my 2017 iPad Pro 9.7 is still as amazing as when I first used it) and that sentiment is shared by the millions of people who shelled out for the latest upgrade. 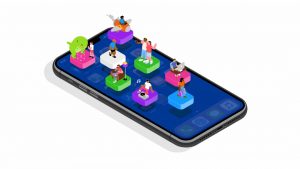 What impresses me the most, however, is services. All the long term subscription revenue models that, while reducing immediate profitability, will result in success on a more generous timeline. Apple Music has grown to become a serious contender in what is becoming a two horse streaming music race. The only thing that keeps Spotify alive at this point is the ad-supported free tier and maybe the recommendations algorithm. Apple Music is the default music player on those 100s of millions active Apple devices and is gaining traction among a younger audience.

If tomorrow Apple decided to include iMessage functionality into the Apple Music subscription I can assure you that Android users would flock to gain blue bubble status and services revenue would increase exponentially. So please calm down with the “Apple is dead” narrative. 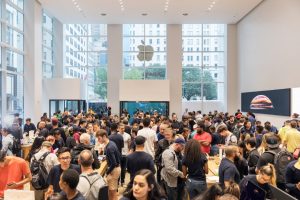