I’m gonna say this up front: if you want the best battery endurance on a premium phone with a really great camera system, and can stomach spending R19000 then go and buy this phone immediately. (Here’s the full list of interesting specs if you want to read them.) If Huawei designed the Mate 20 Pro to appeal to that specific user then it’s mission accomplished. Outside of those parameters, though, the Mate 20 Pro doesn’t really separate itself.

And that’s been the problem with the Chinese smartphone maker lately. Putting out a premium handset priced over R15000 is a completely different ballgame. There’s very little margin for error and only one company has managed to get the marketing right at those prices. That company also revolutionaised the smartphone industry, so it gets an easy ride. That company is, of course, Apple.

Huawei’s strategy thus far has been to ape Apple functionality while trying to flex its own technological muscle as well. There’s a reason why Huawei Share and Airdrop are almost identical functions and why the Kirin 980 and the A12 processors are so similar. Well, I say similar with regards to being built on the TSMC 7nm process. So let’s start there. 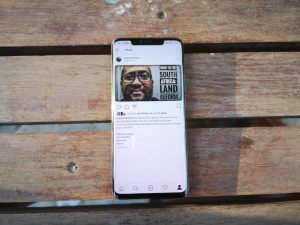 Core to the Mate 20 Pro experience is that amazing piece of silicon. The new SoC improves on the foundation laid by last year’s breakthrough Kirin 970 by adding in an extra neural processing unit and some extra LTE and GPS radio magic. That 7nm process means better efficiency as well as higher performance and you’ll immediatley notice the increase if you’re coming from another Huawei.

How the NPU improves the user experience is, however, debatable. Automatic scene optimization in the camera app isn’t as aggressive in the over-saturation and ludicrous sharpening anymore. We’ll only be able to test the “born fast, stays fast” claims over time, but my P20 is still quite snappy and my P10 Plus before that retained its performance quite well. 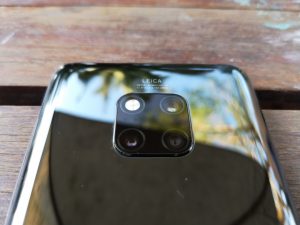 The signature camera array also swaps out the monochrome camera for a wide angle RGB snapper to give the Mate 20 Pro the most flexible focal length range on a smartphone. You can go from 3x optical zoom all the way to about 100˚ wide, but just watch the drop in quality from one sensor to the next. Beyond that improvement it’s pretty much the P20 Pro camera with marginally better image signal processing.

What you gain in ISP, however, you lose in lens quality. It’s important to note here that Leica is involved in the image processing and colour science, not the camera construction. Huawei are using the biggest main sensor in the premium market and that alone gives it an edge over its competition, but the lens is prone to flares and internal reflections which can sometimes throw off the scene recognition. I specifically take test shots into the sun or of bright lights to gauge how the glass handles the halos.

Sun flare not as tightly controlled as on the P20… Full comparison here: https://www.instagram.com/p/BqDPA17nuSY/?utm_source=ig_web_button_share_sheet

The preceding P20 camera arrives at more-or-less the same image.

Huawei’s camera strength has always been in the details. A subtle touch on highlights and shadows that no other smartphone camera system could match. With the P20 Pro there was already a worrying pivot to over-emphasizing texture through aggressive sharpening and this is more of the same and without the artistic foil of a true monochrome lens to fall back on. Mate 20 Pro pictures come out the camera instagram ready and the improvements to the Master AI algorithm is good enough for me to recommend leaving it on at all times. But with a strong push towards auto-awesome computational photography it leaves the camera feeling less soulful. I’m no longer making the photo, but rather just taking it.

Nothing to choose between the Mate 20 Pro and Galaxy Note 9 in this comparison. 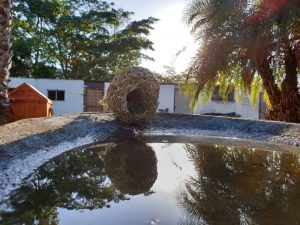 Unfortunately for Huawei the premium competition has caught up significantly with computational photography and image stacking trickery and having a big sensor isn’t as important as it once was. Not to say that the Mate 20 Pro is bad, but I guess I just miss the extra details that came from adding the monochrome shot data to the processing.

New to the auto scene recognition is ‘Super Macro” mode which triggers when you get closer than 5cm to a subject. The camera then switches to the wide angle lens and applies some extra depth-based aperture simulation. It’s incredible with well-lit subjects, can get a bit cartoonish in its sharpening when catching silvery details like spiderwebs or cat whiskers. 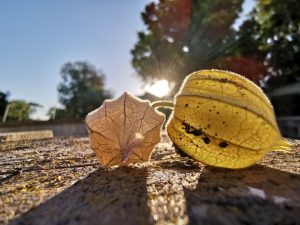 Outside of the camera the battery is the only thing that sets this device apart. I was consistently getting over 6 hours of screen on time and regularly got to bedtime with 30% charge left. This is the best battery endurance I have enjoyed on a smartphone and its enhanced by the fastest wired charging I have ever seen in my life (0-100% in 65min). You’re limited to the 40W Supercharger that comes in the box and the associated cable if you want these speeds, though, because Huawei made some modifications to the USB-C connector to achieve such rapid electron transfer.

Thankfully Huawei blessed the Mate 20 Pro with fast wireless charging as well. The native flavor is 15W, but the fastest Qi coil I have is 10W and it worked just fine, charging at full speed. That obviously means the device has a glass back, which is a neat transition to some of the gripes I have with this phone.

With the screen off this looks like a Samsung Galaxy S9+. What Huawei failed to do, though, is add any purpose to the curves beyond decreasing the overall device footprint. Palm rejection is terrible and I constantly get phantom touches. With the screen on it looks like an iPhone X. I applaud Huawei for bringing proper, secure face recognition to Android, but then they went and committed a cardinal sin. On every other Android phone with a notch/display cut out wide-angle content stops at the notch edge, but the Mate 20 Pro lets the video bleed all the way to the very top of the display.

The company also tries to emulate the iPhone’s attention-gauging talents by only delivering expandable lock screen notifications when face unlock has been triggered. Sadly this doesn’t work in other areas because when the screen dims out (mine is set to 30sec) I wasn’t able to tap to wake, but rather had to go through a full unlock to get back to what I was reading. And then face unlock would only reliably work about 6 times out of 10 attempts. “But Lindsey, there’s the in-display fingerprint sensor.” Yes, it exists. But it’s really slow and really finicky right now. Any distortion will throw it off.

The in-display fingerprint sensor can be filed under “it’s there, but you won’t like it that much” along with the odd stereo speaker arrangement, desktop mode and the gesture navigations. On the gestures: Android isn’t ready to work like that yet, but you’ll adjust to it.

When Huawei innovates – camera system, charging, battery optimisation – it truly is a market leader. When Huawei imitates, however, it becomes a stuttering mess. If you’ve never used another high-end smartphone then the Mate 20 Pro is an amazing device. But users coming off of an iPhone X, 8 Plus, or a Samsung Galaxy Note 9 will have a hard time living with the inconsistencies.

Where Huawei gets it wrong, it will take you some time to adapt to the phone, but once you do you will be very happy if you’re looking for the best camera and battery endurance on a phone in South Africa.