I’m not judging your parenting, merely explaining why I don’t play radio edits for my kids. Okay? Cool. Let’s get on with it. Curse words aren’t taboo in my house. If you’ve ever had an off-air conversation with me you’ll realise why. I swear a lot and I think it’s because I was told not to when I was little.

My love for F, S, C and P (although I really don’t use the P-word often) started with the rise of rap music. I was an early MC Hammer, WIll Smith and Vanilla Ice fan like most 80s children and experienced quite an awakening when the veil of parental-approved lyrical content was lifted from my ears.

The way Notorious B.I.G. could pepper a rhyme with curse words was a flavour profile that sparked my musical taste like nothing before it. Ice Cube’s lyrical stylings of NWA lines were cool and all, and 2 Live Crew were funny, but younger me found the West Coast too violent and the South too vulgar. East Coast rappers were cerebral and more, to my young ears, technical, and Biggie was the best. Then came DMX and his hardcore edge matched with vivid storytelling and I was hooked for life. 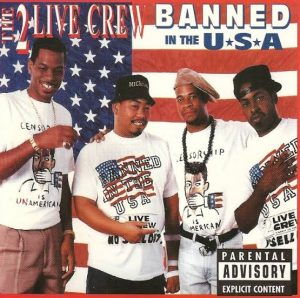 My daughter is of reading age now and I discuss rap lyrics with her regularly. Like when Kanye spits “If I get locked up, I won’t finish the sen–” to finish his verse on 4th Dimension of the Kids See Ghosts project he did with Kid Cudi. She can now visualize the line and appreciate the meaning. She’s also great at picking up lyrics, like the eyebrow raising combos on Lil’ Dicky’s Freaky Friday.

I believe exposure to complex rhyme schemes and the rhythms of rap music from a young age is a big part of the excellent grades she gets for Literacy. I’ve never played her a radio edit and am always on hand to discuss tricky lyrical concepts with her if she needs explainations. She rarely, if ever, curses in public. And when she does drop an expletive, it has always been at the best time. She operates like a surgeon with a dirty word scalpel.

The most important thing I’ve taken to talking to her about, however, is that we should never target people with curse words. Except of course in traffic, when the other person can’t hear and was driving like a C. A potty mouth should add colour and extra flavour to language. Just like some people prefer spicy food – she ironically does enjoy a good curry. 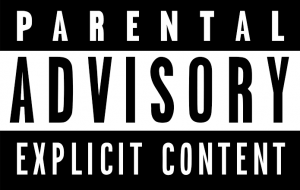 My son is following a similar verbal path, but three-year-olds are especially susceptible to public reaction and I suspect someone had a freak out when he fdropped an F-bomb because he went through a phase where he was using it to get a reaction.

I swear around my kids, let them listen to rap music the way the artist intended and already have my responses worked out if teachers ever call me in to address a filthy language issue.