The Mercedes-Benz X350d list price doesn’t quite breach the million Rand mark, but you’re one added extra away from it. Still, R973 188 is too much to pay for a bakkie. How did we get here? When did the workhorse become a prancing stallion? And since when did practicality get pipped at the post by perceived luxury?

Bakkies used to be the ultimate equaliser. You could be the CEO of a JSE company or the owner of a small business, but the top-of-the-range Hilux Raider double cab was the best you could get if you wanted a family car that could carry a load. Then came the Nissan Navara and the the concept of a lifestyle bakkie was birthed. Fitting, then, that a Navara now underpins the most expensive bakkie in the land. I get distracted easily, sorry.

Ford were the first to fight back against the dominance of the beefy Navara and walked the humble bakkie a couple steps forward by adding the Ford Focus interior to the Ranger. This is where we say a special word of thanks to the Australians, who I describe as English-speaking Vrystaaters with stronger currency. Only a country as committed to the “ute” like the Aussies are can concoct such a perfect combination vehicle. 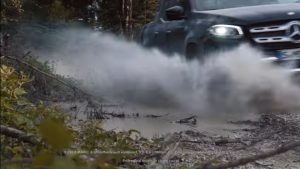 Now the benchmark is truly set. Nissan turned the Pathfinder into a bakkie, Ford built an SUV with an open load bay and Volkswagen had a look at all of this and said: “Hey, we like money too.” I was weary of the Amarok from the very beginning. A company with strong commercial vehicle roots is more than welcome to make a bakkie, but it started with the smallest engine and the widest track. Amarok was also the lowest-slung and it’s not like there was a healthy supply chain of aftermarket parts to address its shortcomings. Then came the pricing and it was ridiculous when compared to the practicality you gain when buying a cheaper Hilux or Ranger.

Ford’s Ranger facelift is what really showed the difference between a product from company with many years experience in the bakkie market and the new-age upstarts. The range-topping Wildtrak gained Android Auto and Apple CarPlay, forward collision detection, and adaptive cruise control to add to its long list of car-like features. Many of these features are still missing from its competitors. The only thing the premium Amarok V6 and super-premium X350 V6 have over Ford’s value package is power and a wider load bay. 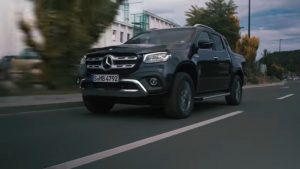 VW are to blame for forking the high-end double cab market with inflated pricing (I am a fan of that 8-speed auto box, though) and Merc have just taken it to a laughable level. I know the people who wanted separation from the rest of the market and they’re not bad people, but a R1-million double cab robs the market segment of its mass appeal and is bad for social equality. You now have badges for the haves and the have-nots and very little justification.