I’m old, but I seem to get it. Some of the oldest car makers in the world don’t get it at all. That thing is the hype behind electric cars. Mercedes-Benz and Audi both made big-money plays to get into the all-electric game with the EQC and e-Tron, marketing included spending on the big tech YouTube accounts and podcasts, as well as the customarily glitzy announcements. But both cars suffer from the exact same problem: they’re slow and look boring. 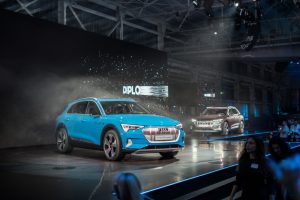 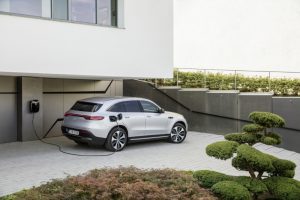 I hate to admit it, but when it comes to Tesla fighting launches, Jaguar – a company that I once said would be irrelevant within a decade – got it very right with the i-Pace. Did the international launch take place at a race track, shortly followed by an off-road excursion? Yes. Is Jaguar doing drag races against the Tesla Model X? Yes.

The only thing I can see that Jaguar fluffed with its all-electric dream machine is sheepishly staying in line with the “Pace” family design language. Oh, and let’s not forget that the company is still way behind the age of autonomy and equally delayed in the infotainment system game, with basics like Android Auto and Apple CarPlay only arriving to select JLR (Jaguar Land Rover) models later this year and early next year. 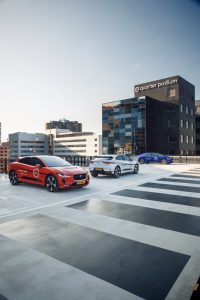 Remember, this is a company that kept serving up the tiniest iterations on the same 3 SUVs (Freelander 2, Discovery 4 and Range Rover) for the best part of a decade. Now Jaguar South Africa has invested R30-million to build out a nationwide connected series of charging points. An infrastructure investment that is exactly the kick up the arse our country needs to shift from fossil fuels. 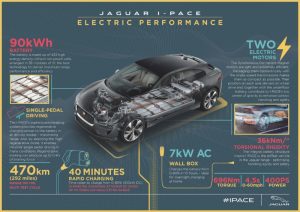 Again, I expected – and even said as much a couple months ago – Mercedes-Benz to be first out the gate with the infrastructure deals. I mean, this is the company that sells cars with a data plan using embedded SIM cards. JLR have gained my utmost respect and adoration for bringing a true Tesla-like experience to Mzansi after we were given the cold shoulder by our prodigal son.

But I digress. This is about Merc and Audi developing cars that bring nothing new outside of it being the first full-electric offerings from the respective manufacturers. Both cars look like they have internal combustion power plants and, by all accounts on the spec sheet, perform like their emissions spewing siblings. 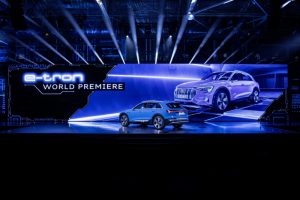 I guess I’m more upset with Audi because its parent company Volkswagen has been cockteasing the world with I.D. concepts for many years now. Sister company Porsche has also taken the marketing initiative with the Mission E (Taycan) project slated to go into full production in 2019. It’s said to be a proper Porsche, but all-electric – and, to the delight of “proper” Porsche fans everywhere, air cooled. 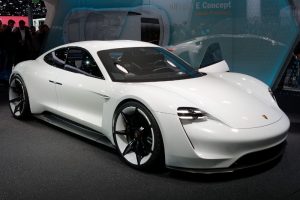 And that’s kind of the point: you can’t change customer behaviour with ordinary products. I believe that we need to be excited by our other senses since EVs lack the analogue theatre and dramatics of snarling engines and belching gear changes. Mercedes claim to have deliberately muted the styling of the EQC to not alienate customers and to bring production costs down. The latter is a sound business model given the failings in the Tesla Model 3 production. 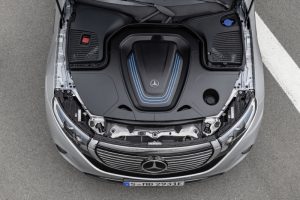 Hell, Merc is even setting up its own battery production facility in the US to keep things ticking over. But I guarantee you that we won’t look back at the EQC and the E-Tron as classics in five years time. It’s like how the iPhone set the smartphone tone, even though Blackberry had the commanding lead. You need to grow a tribe around products and announcing them like your ordinary inventory isn’t the way to stand out in the noisy environment of 2018.