The clear standout from Microsoft’s event was the October Windows 10 update that uses machine learning to not update the system while you’re using it… It’s magical stuff, trust me because I saw it happen in real time. My computer alerted me that an update would happen when I next restart it and gave me the option of doing the restart immediately. I almost cried for every person who has started a presentation on a Windows machine and had to subject the boardroom to a couple minutes of an impromptu stand-up routine centred around Microsoft’s ineptitude. But I digress.

The best hardware announced at the event was the Surface headphones. Nothing too special, just wireless over-the-ear cans with noise-cancelling that you can set to a specific level via a dial that’s integrated into the earcup. The other earcup has a similar dial for volume control. I’m late to the noise-cancelling headphone party (only arrived earlier this year) but I’ve never seen that. Oh, and it charges via USB type-C, just like all Android phones right now. And Android phone users are more likely to buy a Windows machine. 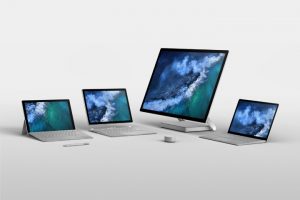 Curious then, that the premier Surface computer also got a spec bump at the event, but zero USB type-C port. You still get a Surface connector for charging on the Surface Pro 6 as well as the newly-refreshed Surface Laptop. To gain a type-C port you have to drop more money on a separate dongle. 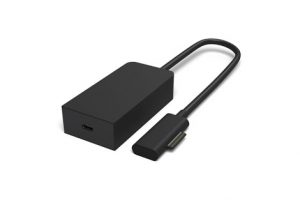 This doesn’t really affect me because Microsoft doesn’t officially sell the Surface range in South Africa, but it’s particularly irritating that all the third party vendors (HP, Dell, MSI…) implement USB type-C to some degree, and mostly for charging. Why would Microsoft not equip a basic port on the flag-bearer for its idea of computing? Surely that sends a weird message to the world that USB type-C isn’t as universal as the dream we were sold.

That said, it still isn’t as bad as Apple shipping new iPhones without cables that let it connect to the new MacBooks. It’s all just irritating. Thank you for your time.

2 comments on “What the USB hell, Microsoft?”