It finally happened. Apple, well-known for dictating technology to its customers, had a good look at market trends and decided to follow them. The Apple Event introduced three new (yes they are new, I’ll get into that later) iPhones with trendy edge-to-edge displays, a dual-SIM variant, artificial bokeh with blur adjustment editing, top-end ingress protection, AI-backed image processing, a bigger sensor, a gaming-focused GPU, and new storage options. Oh, and they weren’t shy about the pricing either.

Before I delve into the intricacies of the new iPhones’ technical prowess, let’s acknowledge that Apple has finally entered the hardware battle royal in a way the world has never seen before. Did you want specs from the iPhone? How about all of them? Well, except the RAM. All of the neural processor cores, all of the CPU transistors and all of the GPU performance. And that’s the core of the “s” release, a response to what all the other manufacturers are doing.

When the iPhone 4s launched it brought Siri and started the voice assistant arms race. The next model to add something new was 5s with the 64-bit processor and Touch ID. Then 6s brought 3D Touch and the 12MP camera. Technically iPhone 8 was a 7s and it launched wireless charging and the first-gen neural engine and Apple-designed GPU. This year kind of resets the Apple launch cycle – which also upends my wife’s iPhone upgrade rhythm – to follow the X and discards everything that came before it. So let’s jump into what makes these new devices special.

I’ll start off with a bold call: the new iPhones are, by my measure, the best phones on the planet right now. Releasing the world’s first consumer device CPU built on a 7nm process was a big flex from a product that many had thought to have stagnated. Then packaging the 6-core CPU with a 4-core GPU and an 8-core neural engine is just showboating. Huawei’s HiSilicon engineering team probably crapped its collective pants when Apple stole the Kirin 980’s thunder. 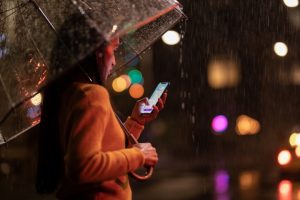 Much later, after playing HEVC (H.265 video), video capture with stereo audio, and Dolby Vision/HDR10 (I lump them together because the two are rarely seen apart) catch-up – expect the YouTube signature certification soon – Apple dunked on its Chinese competition again. No matter what anyone says, the Huawei P20 and P20 Pro had the best cameras on a smartphone in 2018. Notice I said “had.” With a renewed focus on image signal processing – which has been excellent up to this point, the massive jump in quality on last year’s iPhones is a testament to that – and adding on-device machine learning into the mix takes the fight directly to the current industry leaders.

Hell, Apple even included the simulated aperture adjustment Huawei has been pushing since the revolutionary P9. My only concern about the iPhone’s implementation is that portrait mode still appears to leverage the telephoto lens on the dual-camera iPhones, which limits the range of conditions the effect can be applied in – the telephoto lens is slower f/2.8 aperture and disables in low light, also disabling depth mapping. An encouraging sign, however, is that portrait mode was extended to the single-lens iPhone XR as well. It seems like the depth mapping is done purely by the power of AI, then. 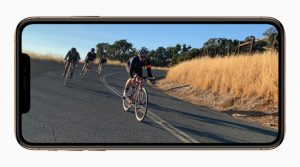 So, let’s talk about iPhone XR. At a $250 discount from its flashier siblings, the colourful cut-price model offers all of the main benefits of the new hardware improvements. A 6.1-inch IPS LCD display with wide colour is a sensible choice to keep costs down, but I really want to see the backlight design to figure out how Apple got the bezels so slim. This is the iPhone you want if you don’t have R20 000 to spend on an iPhone and you need to upgrade this year.

The iPhone Xs and Xs Max go on sale in South Africa from 28 September and the XR will arrive sometime in October. All three models represent, in my opinion, the best smartphone hardware you can buy right now. Cutting-edge processor and camera sensor along with all the iOS 12 goodness and an enhanced overall experience make them well worth the price.

20 comments on “Apple caught its competition with the new iPhones”